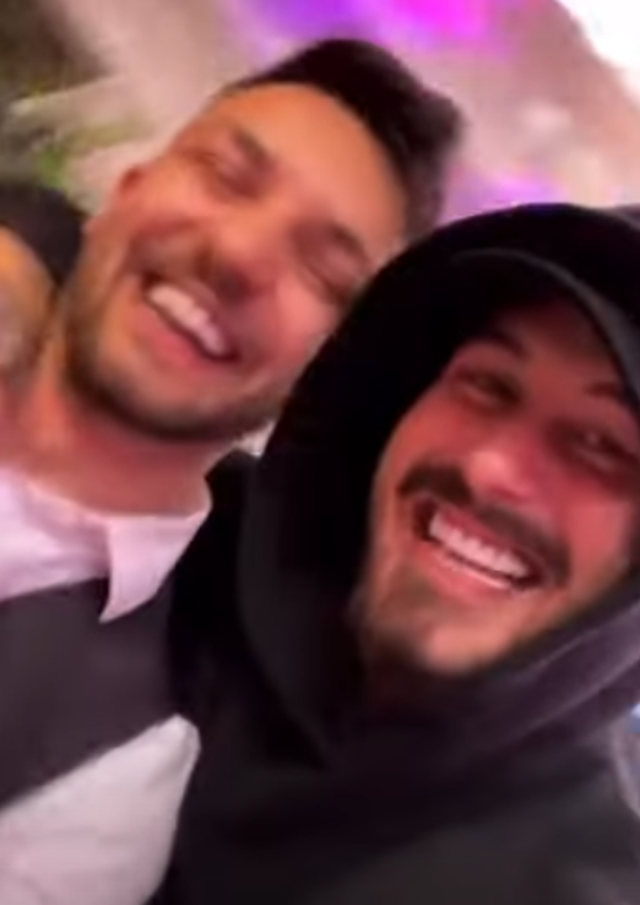 Elvana Gjata's song in the background would be appropriate for the next TV appearance together for Romeo Veshaj and Olsi Bylyku.

It does not happen often on Albanian screens, but the two actors have not hesitated to give a kiss on the lips, certainly for a sketch of the show "Let me talk".

Olsi and his partner Egli Tako are two of the next guests on the Veshaj twins show that airs on Friday, but the episode was recorded a few days ago. In the promo of the show published today, Romeo and Olsi are seen kissing on the lips, while everyone's reaction was exactly that of Donald:

It is not known if they recreated Donald's kiss with Bora Zeman during "Big Brother VIP" or it was just a sketch.

Olsi and the twins have shown that they have known each other for years and have very good social relations. In interviews, they even said that when they were part of 'Portokalli' and 'Al-Pazar', respectively, they often wrote texts about each other.