Flori Mumajesi's song "Thjeshtë të du" has thousands of clichés touching the hearts of many fans of ballads and music of the famous singer.

But who is the main protagonist of these beautiful verses? It is about the businessman Petrit Kllokoqi who confessed after a year and a half of marriage, how he managed to secure a song with Flori Mumajesi.

In an interview for the show "Wake Up", Kllokiqi showed that he has been friends with Florin for 12 years and this was a gift from the singer for the couple, but mostly for the bride, Erza Peci.

In fact, this gift came as a surprise to the businessman himself, who confesses that the moment Flori released the song in the background, he experienced an emotion that he had not felt before.

Kllokiqi: My wedding was among the last and then came the pandemic. The marriage is going well, we have been married for a year and a half now and it is understood that I had a slightly different life with Erza because she was born in Sweden and it was a novelty for the life of both of us. That I did not become like most Albanians who go, get their papers and continue to live in another country. We are living in Kosovo and we are doing very well.

Question: How did you get to Flori Mumajesi?

Kllokiqi: I have had a lot of friends with Florin, for 12 years, and his participation in my wedding was not discussed. He knew I was going to get married and I told him I wanted to be the main guest of the evening. When I went to Tirana I did not know, but I went to see how it would go and when I entered his studio Flori told me that I have a gift not for you, but for both of us to give it as a gift to Erza. Then he released the song and it was an emotion I had never described. I could not contain myself and just hugged him because it was a gift that will accompany us all our lives. 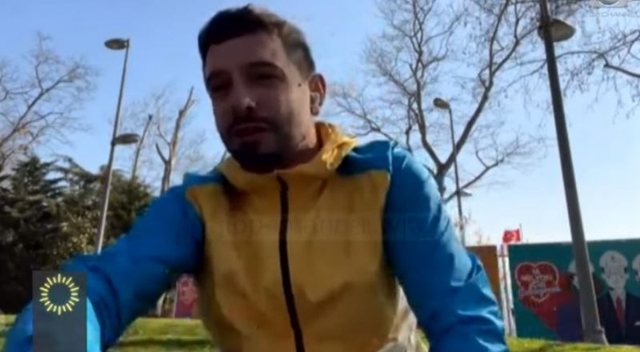