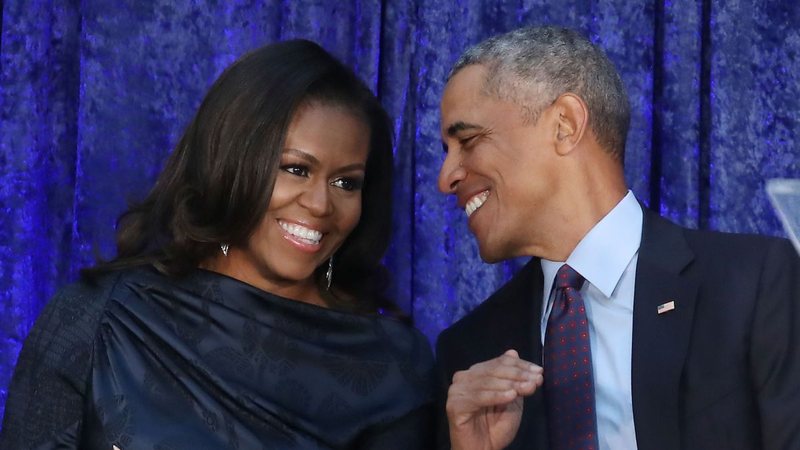 Barack and Michelle Obama have celebrated their 30th wedding anniversary by giving each other the sweetest words on this special day for them.

The former president shared a series of keepsakes on Instagram for followers, including a photo of him resting his head on Michelle's shoulder while at the beach, their names carved into a heart in the sand and a black-and-white wedding photo. .

Affectionately calling his wife 'Miche', he wrote: 'After 30 years, I'm not sure why you look exactly the same and I don't. I know I won the lottery that day – because I could. I have not asked for a better life partner. Happy anniversary, honey!”

While Mrs. Obama, , also expressed her love for Barack on their most important day and wrote on Twitter: “Happy anniversary my love! These last 30 years have been an adventure and I am grateful to have you by my side. Here's to a life together. I love you @BarackObama,” attaching several heart emojis.

Fans have also congratulated the couple on social networks: "Happy anniversary, First Lady and President Obama." May you have many more decades of happiness ahead of you. Thank you so much for your many years of public service and for being a wonderful man… an example to millions of people from different backgrounds and stations in life. So proud of you!" someone wrote.

Another commenter tweeted: "Dear Michelle Ma'am and President Obama Sir, Happy 30th Anniversary, with all my love to the strongest, kindest, humblest, humblest, creative, generous, optimistic couple, brave ones I know who work for humanity. God bless you always and all the peace".

The couple married in 1992 after three years of dating. The pair first met in Chicago when Barack was assigned to be shadowed by Michelle during a summer internship at a law firm. They are also parents of two daughters.

Their separation made a lot of noise! Well, no one expected this: Tuna and Cozman are reunited (PHOTO)

After Tuna and Cozman ended their romantic relationship, the pair also stopped...

"When I catch the mat outside...", Xeraldina posts the unusual photo of Sara Hoxha with the Top Channel dancer

One of the most watched and most successful shows so far, we can definitely sa...