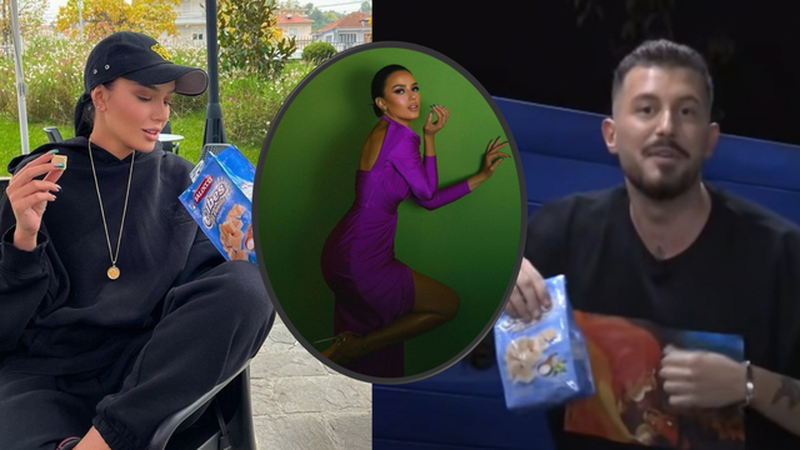 Bora Zemani has no intention of returning the pendant to Donald Veshaj. In a post on Instastory, she responded to the moderator who asked her to account for the pendant she gave to her a year ago while inside the "Big Brother VIP" house.

On October 6, 2021, the comedian was inside the most famous house in Albania "Big Brother VIP", when he decided to give a gift to the Albanian moderator.

They were celebrating their 3rd wedding anniversary, so Donald placed his pendant inside a candy box and threw it over the wall. The gift went into the hands of Bora, who did not hesitate to show it to the public, but weeks later she removed it because Donald started a story with Beatrix Ramosaj inside the house.

Now that Bora and Donaldi are back together again, the actor has publicly asked the moderator where he has the pendant.

"I don't give it anymore, it's useless to be interested", she says next to the photo.

"My slippers...", the singer wishes her daughter for her birthday with the expression of Louise Aille!

He said he would leave the screen, Albano makes the final decision (Photo)

"Tirana is small for anyone!"/ Kiara's friend reacts harshly to Olta's threat and 'stings' Butrinit (PHOTO)

The well-known Albanian poet surprises the network, claims that Luizi is imitating him in the house of "Big Brother"

The well-known singer Eleni Foureira speaks openly: In Greece, they forced me not to say that I am Albanian, but...

It has nothing to do with Kiara and Luiz! Butrint appears with his new love (PHOTO)

"I will take revenge, I will not leave it at that", Olta talks to Kristi, she is not "sparing" Luiz (Video)

Olta doesn't get 'bad' with Luizi. The two clashed fiercely today, where they al...

VIDEO/ There is no end to miracles! The BBV resident washes her hair in the kitchen sink

The resident of "Big Brother VIP Kosova", Mbresa, has done a strange thing this ...

With Butrinti's song in the background, Efi provokes Kiara, the moderator gives her the answer that will surprise Luiz (Video)

Kiara Tito has spoken more than once about her history with Butrint Imer in the ...

"I don't need anyone, I tear you all apart"/ Olta "explodes" badly at Luiz: You tremble, you're afraid of me...

Armaldo once again discussed the issue of the past televoting and the debate he ...

"You tell us who you have as a friend once", residents of "BBVA", explode against the production, say that it is corrupt

When surprises are promised from a show, the last thing we imagine is a spectacl...