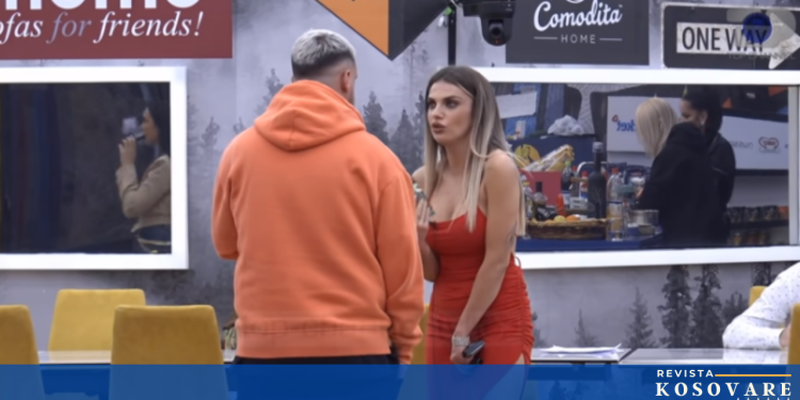 Last night the second resident eliminated was Dj Dagz, who after a chain started by Beatrix Ramosaj in the last pair remained with his girlfriend Einxhel Shkira.

From a televot that opened for a few minutes, Dj Dagz was less voted, so the resident from Kosovo finally left the house of Big Brother VIP.

But, after the release, a video of Beatrix Ramosaj is circulating on the Internet, which said that Dagz was leaving and she would do the same, while for this statement she had debated with Donald, her boyfriend.

"By the head of my mother, I will go out with you next week, by the night," said Beatrix, who not only did not save Dagzi in the chain she started, but also did not stand behind this statement.

We emphasize that this week's nominees are Beatrixa, Angel and Donald, a nomination as a result of the opening of the Pandora's box by the new resident, Arbëri.