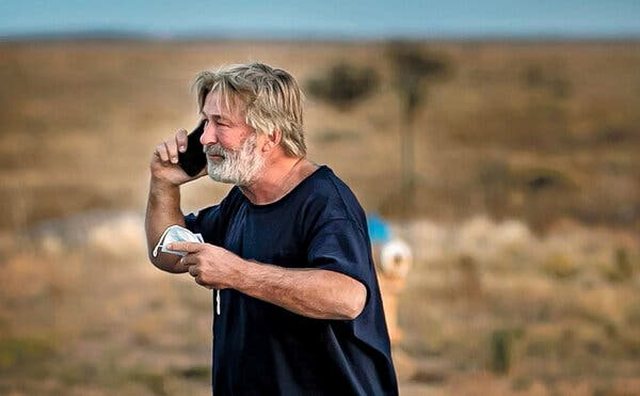 Alec Baldwin was seen smiling for the first time since the death of Rust cinematographer Halyna Hutchins. Photographers captured the actor playing football in the Hamptons with his children.

His wife, Hilaria Baldwin, also enjoyed outdoor time this weekend and was seen riding horses with her daughter. 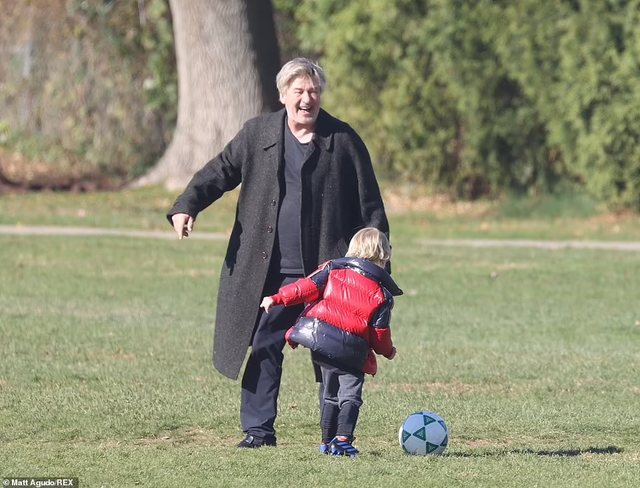 Baldwin, 63, has appeared disappointed and kept a low profile after accidentally firing the gun that killed Hutchins on his October 21 film set in New Mexico.

Last week, Rust screenwriter Mamie Mitchell tearfully announced that she was suing the actor and accused him of playing "Russian Roulette" when he fired without first checking to make sure he was not packed, and further claimed the scene was being filmed, did not call for the gun to be fired. 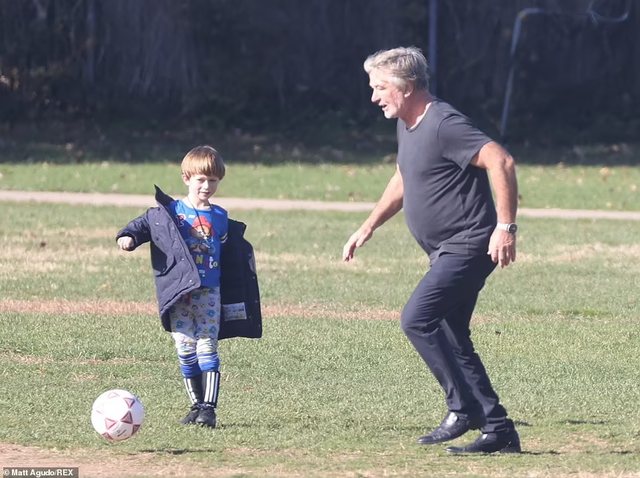 The photos taken on Saturday show the actor smiling and apparently enjoying the company of his young children. With a long jacket, he is seen carrying a shopping bag containing a soccer ball. The father of six was later photographed running and kicking the ball around the football field with some of his children. 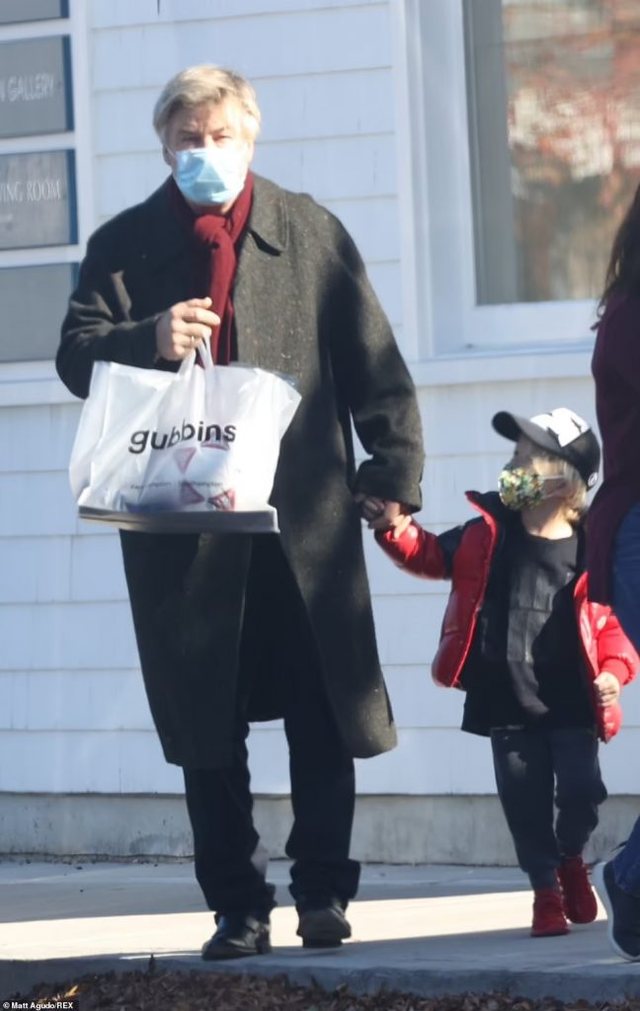 While the actor has been seen in public before, often accompanied by his wife, he has seemed upset. 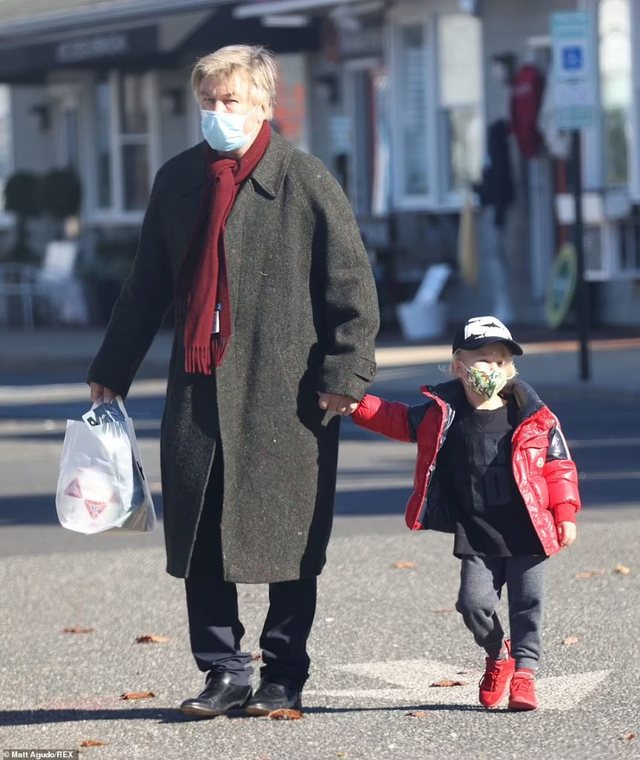 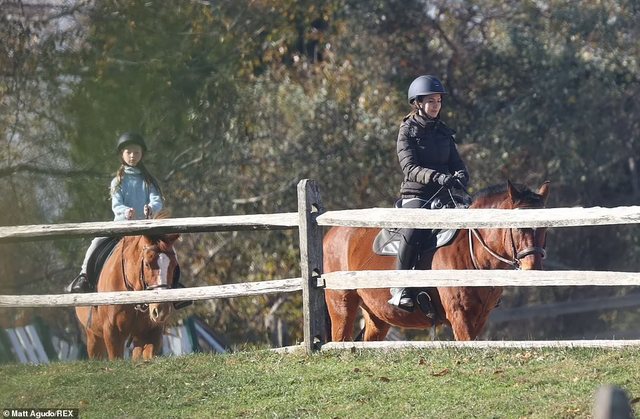