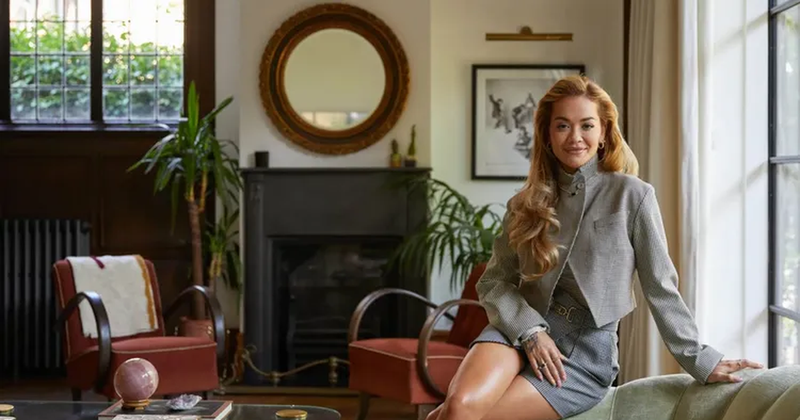 The world-famous Albanian singer, Rita Ora, has presented her renovated house in London, which she bought for 8.5 million euros in 2021.

Earlier this year, the 31-year-old announced plans to renovate the house in the Primrose Hill neighborhood of North London. After the renovation, she presented the house to Architectural Digest, the company that helped her with the interior design.

However, Rita Ora stated that she had not made major changes at home, as she said she likes old things. The house was built in 1877. The creator Arthur Rackham also lived there.

"I've always had an attraction to houses with an old spirit.

I knew that this house specifically has been home to a lot of creators, so I thought it would have a really special energy," she said.

The renovations mainly took place in the restoration of the doubts, the roof, the bathrooms, the pipes and the improvement of things in the kitchen.

Ora also furnished the house with antiques from the famous Portobello market in London. Most of the things are things he owned and used in previous homes.

"I like to be cost-effective when necessary," she says.