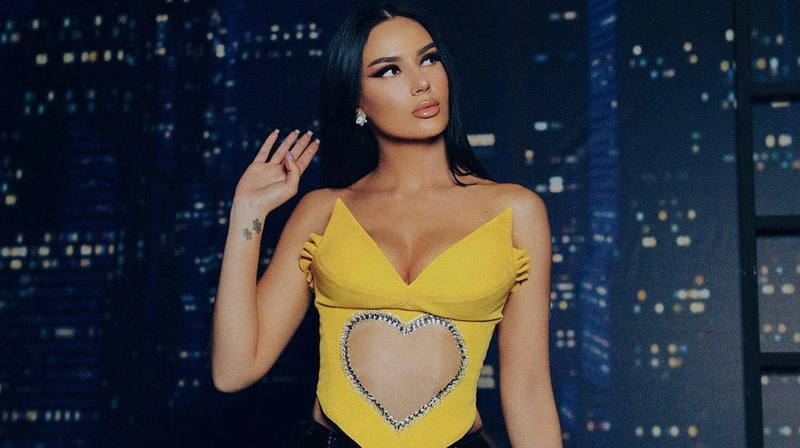 Antonia Gjoka, the former competitor of "Purputhen", was recently invited to the show "Glamour Zone", where for the first time she spoke about her relationship with the well-known moderator Bora Zemani.

During her interview, Antonia told a story with Borë, where she showed an unknown side of the moderator.

Ester Bylyku: Which of the show biz women is the most arrogant in your opinion?

Antonia Gjoka: Bora Zemani. Since we happened to be in the same corridor and did not say hello. It left me cold. Maybe that's her nature. But I'm twice as cold when I don't see courtesy.

Habit, the well-known Albanian singer: I have a friend with my ex-husband, before I came to the show we were together

"Break relationships with people ...", Horoscope for tomorrow, learn what the stars have in store for you

What is happening among colleagues? Alketa Vejsiu speaks with gloves: Everyone in the Klan is complaining about us, Fevziu, Gjebrea, Magjistari have sent us letters

Alketa Vejsiu said this evening on "Dance Albania" that many managers of shows o...

Why have you postponed the wedding for so many years? Armina Mevlani surprises with the answer: The fault was...

Armina Mevlani recently had a virtual conversation with her followers on social ...

"I risked breaking my spine, it would have been fatal for me"/ The former Big Brother competitor risks the life of his partner on the stage of Dance Albania: Alcohol was to blame

Barack and Michelle Obama have celebrated their 30th wedding anniversary by givi...

Stresi makes the unexpected announcement to the fans: This will be the last concert...

As he has posted one of the concerts he will hold this month, the well-known r...

The end of Mercury's retrograde seems to have somewhat freed the horoscope signs...