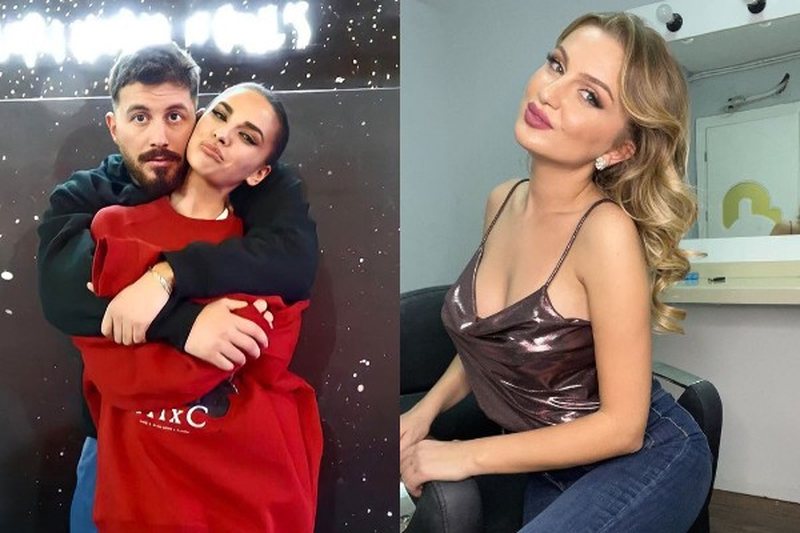 Well it was expected from a fans of the love story Bora Zemani-Donald Veshaj.

We are talking about the former finalist of Big Brother Vip, Beniada Nishani. The model is very active on her Instagram, where she recently conducted a "virtual interview" with her fans. Beniada has asked her followers the question: What makes you happy? One of them wrote Donald and Trixa, accompanied by a broken heart.

The response of the model was also immediate, which "ironized" the couple, telling the followers to sleep comfortably.

We remind you that once when he was part of "Big Brother VIP" Beniada supported Donald Veshaj's relationship with Beatrix Ramosaj, but then changed his mind.
She stated that she saw the chemistry between Donald and Beatrix, but always added that she does not know his story with Bora, whom he described as a very beautiful girl. Now that the format is over and the actor rejected the short relationship with Beatrix by returning to the moderator, Beniada has supported him again.

We made moms look like you! You won't believe your eyes, Arjola Demir's daughter grabs everyone's attention (PHOTOS)

Also involved in politics/ Time has stopped for the cinematography star, known as a symbol of Albanian beauty, can you guess how old the great actress Rajmonda Bulku is today (PHOTO)

It degrades badly between the actress and the dancer/ "The soul cries for this banana", Iliri teased her, Monika doesn't hold back, she returns 'tooth for tooth'

"You came to me in a dream"/ The well-known Albanian moderator surprises everyone, tells how she "predicted" Einxhel Shkira's pregnancy

Luana Vjollca 'removes' Arian Çani from 'Tv Klan', the latest moves are revealed, here's where we'll see her during the new television season

"When the little ones get together"/ He teased them during "Big Brother VIP", this is how the well-known Albanian MP reacted to Einxhel Shkira's pregnancy. Dj Dagz's immediate answer comes (PHOTO)

Crazy numbers and thousands of tickets sold! 5 thousand euro tickets to Noizy's concert, the well-known Albanian moderator shows the strong reason why she went: It was all my husband's commitment

"Good news"/ Arbana Osmani reacts to "Big Brother VIP", but what did the followers see in the moderator's post that exploded in a flood of comments and criticism

After Angel gave the sweet news yesterday that she and Dj Dagz are expecting a b...

The well-known stylist does not hold back, explodes with harsh tones against the Albanian moderators and tells you bluntly: They undress like in sheikh events...

If a BBC presenter chose a pair of black trousers and a white shirt, we are used...

Will he take the place of Bora Zeman in 'Puputhen'? Fjoralba Ponari reacts and finds out what will happen

Fjoralba Ponari, one of the sweetest and most popular presenters, was first kn...