"They become behind the scenes, there are many things that most people do not know" / The famous Albanian singer bursts the scandal for the ART Festival: Here is how they tried to get me wrong! 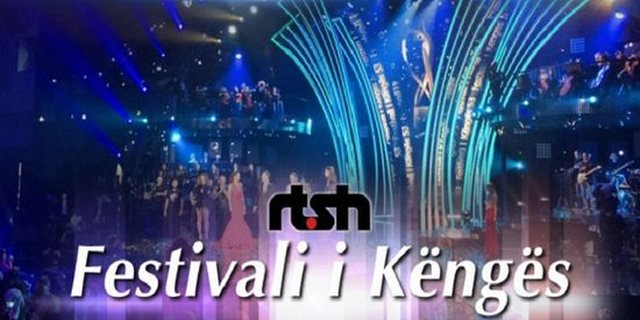 Albanian singer Festina Mejzini, who stood out with her participation in "X Factor" in 2012, where she managed to rank fourth, gave an interview for "Morning Abc" where she talked about her beginnings. Festina revealed that it had been the Swedish teacher who had discovered her talent.

"The talent was discovered by my teacher in Sweden. A story that with the writing of a book becomes the best seller. I was 13 years old and it happened very casually. I was in the school park, singing an Albanian song and the teacher approached me and told me that you have a very beautiful voice. It is not that he had distinguished me in Kosovo.

As a child, it seemed absurd to me when I was first told. "Then things flowed and he came to Albania on X Factor in 2012, things changed," she said. Festina confessed during the conversation with the moderator Alban Musa that her grandfather was also involved in music but no one had highlighted her talent until she was 13 years old.

Among other things, she spoke about the experience in "X Factor", describing it as a "separate school", which opened many doors. Speaking about participating in festivals, she recounted an episode at the ART festival, which took place several years ago, as she said that they had tried to sabotage it.

"It was in 2015. At the ART festival, there are some things that are done behind the scenes, with the microphone, the technique just to get the singer out in the weakest possible way. There are also things that most people do not know. "But it happened a few years ago, but I still did well," she said.

World famous rapper, 50 Cent makes the symbol of the eagle, here is the video that is 'breaking' the network

The symbol of the eagle is the one that distinguishes us all over the world. The...