Albanian fans threw bottles, the Juventus goalkeeper makes the surprising gesture that was not broadcast by the cameras, the published images are breaking the network 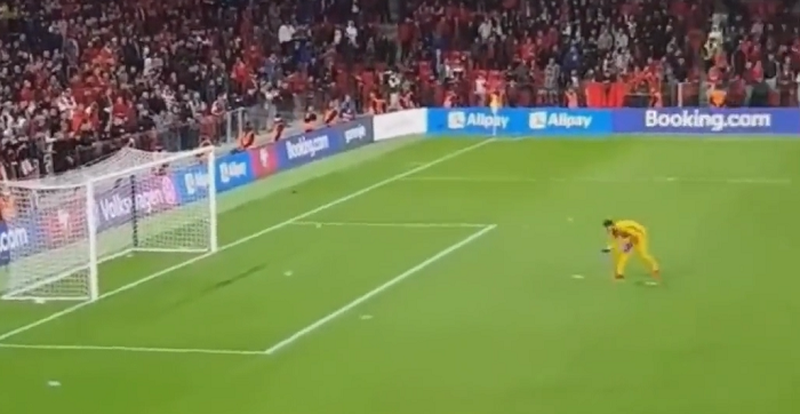 The match between Albania and Poland was marked by an unpleasant incident, when the referee interrupted the match in the 76th minute because after the goal was scored by friends, some Albanian fans threw plastic bottles and other items at the players of the opposing team. .

After the local public calmed down, the match continued and the friends managed to get home three very important points. However, the Albanian fans repeated the ugly gesture at the end of the match, throwing bottles down the stairs again.

It was during this second "wave" that the goalkeeper of Juventus and Poland, Szczesny, reacted "in his own way".

The goalkeeper at first applauded ironically and then took a bottle and drank from it. An image that has not gone unnoticed by social networks and that has immediately gone viral.

Wojciech Szczesny making light of the #ALBPOL bottle incident. ????
When the match finished and Albanian fans continued to throw bottles at the Poland team - he picked one up and drank from it. pic.twitter.com/6TOUTG7urs