While monitoring UEFA, the Cypriots of Ael Limassol take the match with Vllaznia to acceptable hours 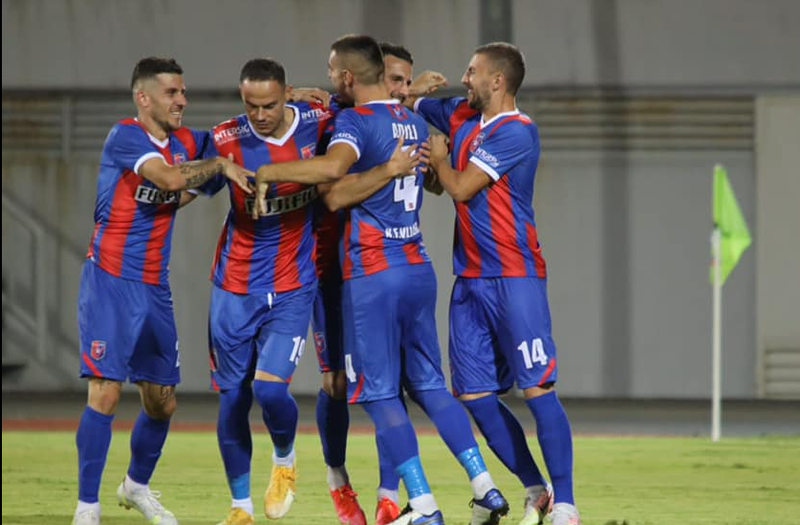 Vllaznia will play this Thursday in the second round of the Conference League against the Cypriots of Ael Limassol, in a duel that has a lot of meaning for the team from Shkodra and at the same time its ambition in the new season. A good and qualified performance would increase the income of the club and would help Vllaznia to make quality purchases in the market, so to strengthen the team to achieve its objectives for the next edition, otherwise the European adventure and the club ends here. Shkodran has to do the calculations of the new season with the group that currently has and seems to have made some purchases from within the Albanian championship, or with players from the region. It should be said that on the eve of the match with the Cypriots, a not at all good situation was created, as a result of the decision of the club of Ael Limassol to play the match at 16:00, at the height of the heat, something that worried Vllaznia about the health of the players but was also seen as a game of the Cypriot club to take advantage of the hot weather. However, since UEFA was informed about this situation and Vllaznia had complained, but also local journalists had raised the alarm, Ael Limassol club withdrew and made an acceptable decision on the meeting schedule.

The good news for Vllaznia on the eve of the Cypriot transfer to AEL of Limassol came exactly yesterday. The challenge scheduled to take place on Thursday at 16:30 (Albanian time), has been postponed and will start at 19:00 (20:00 in Cyprus). As we said, the initial decision of the AEL club to play the match at 16:30 caused a lot of controversy, as it was a schedule when temperatures could go up to 38 degrees, which could have consequences on the health of footballers. . Following the criticism of coach Berdaric, the representative of the Association of Professional Footballers in Cyprus also reacted to the leaders of AEL, accusing them of endangering the health of footballers, only to gain an advantage over Shkodra unaccustomed to such temperatures. However, the AEL club said that the decision was imposed, as the lighting of the stadium was not licensed by UEFA and to change the schedule, the European football government had to turn a blind eye and approve the start of the match at 19:00: 00 (Albanian time). Meanwhile, Shkodra continues preparations for Thursday's challenge and only tonight at midnight they will leave for Cyprus, while coach Berdaric will have at his disposal all the players, except the Brazilian Da Silva, who continues to be injured and has not trained with the team. this week.

The Cypriots are seen as favorites to pass this round, given the quality they have in the composition. But this is how the Bosnians of Shiroki Brijeg were seen in the first round, and yet those who passed to the next round were Shkodra, who spectacularly turned the result of the first match from 3-1 to 3-0, passing to the round of second qualifier. This good performance of Vllaznia has scared Ael Limasol, who after watching the return match of Shkodra with Shiroki Brijeg has become afraid.