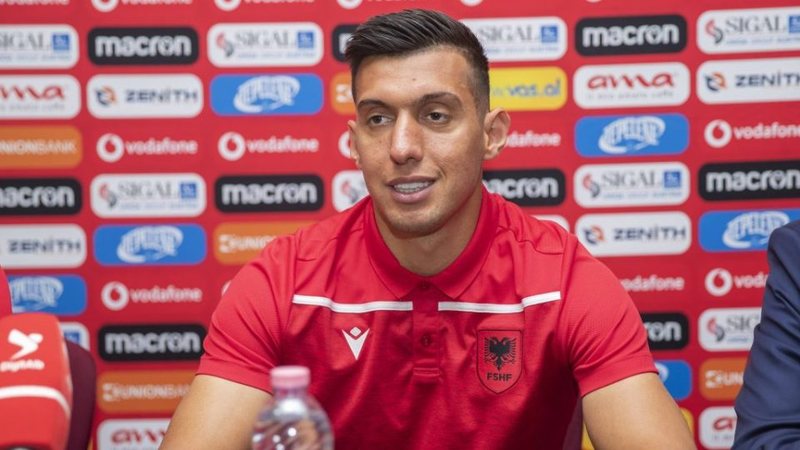 Tonight ended in disappointment in Tel Aviv. Israel sinks us to the bottom of the group with a 2-1 win. The match starts with a clean chance by Armando Broja, who misses one on one with the goalkeeper. Israel had its chances in the first half, while in the last minute it was Broja who again failed face to face with the goalkeeper.

The second part starts with the Israeli holiday. Only 40 seconds from the start of the second half of the game and Vaijsman shakes the net. The Reds lack clarity after the disadvantage, so Reja intervenes with substitutions. Uzuni enters from the bench and for a moment takes the role of the hero. The Beratas striker confirms the extraordinary form he is going through, as in the 86th minute he scores a goal per frame with the ball still in the air.

But the celebration quickly gives way to sadness. Veseli trashes Uzun's magic, as he makes an amateur blunder in the area. The Benevento defender cannot coordinate with the ball and gets confused with his feet. The ball remains in the area and Israel takes the lead again. The party belongs to all the Israelis, who secured first place in the group and next season will be part of League A in the League of Nations. Below you can find the interviews for "Supersport":

Uzuni: "I don't feel well. I always played with injections in these last games at Granada. I played with needles these minutes in Albania as well. Don't always make this mistake, we always suffer in the end. It is one of the most beautiful goals of my career."

Gjasula: "Israel was dominating us and that's why Reja sent us again to the scheme with 3 in defense. So he set us up to play like before. We lacked violence in front of goal to find the goal. We should always fight for each other, we miss that. Luck doesn't come to you if you didn't deserve it."

Anxhelina Hadërgjonaj celebrates her birthday today and there was no way ...