Partizan lands in Switzerland, without fear and with confidence against Basel 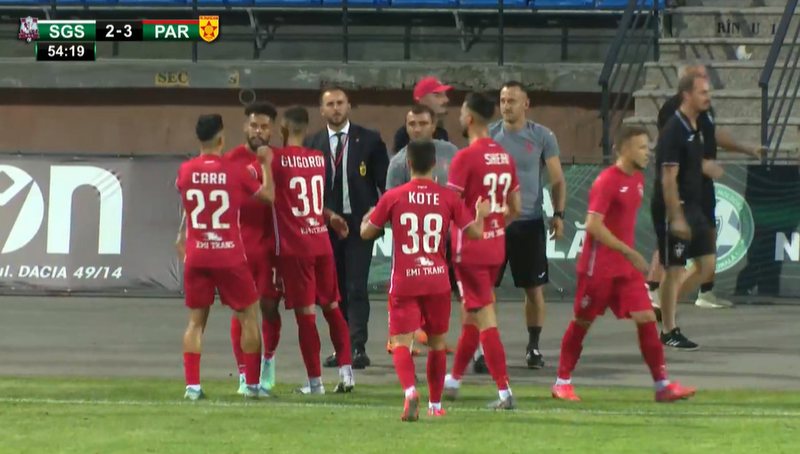 The four Albanian teams of our Superior will go down on the field today, within the second eliminatory round of the Conference League. Laçi, Vllaznia, Teuta and Partizani will face their opponents in a difficult draw, with the exception of Durrës, which is believed to have a relatively easy duel. Laçi will play with Universitatea Craiova, Romania, a team that has grown a lot in recent years, while Vllaznia will face Ael Limasoli, a team that has had a crisis of results recently, a pro that plays very well in Europe and is seen as a favorite to the people of Shkodra. Anyway, the attention seems to have been taken by Partizan, who yesterday traveled by plane from Rinas to Switzerland, to be ready for today's duel with Basel, hoping for a positive result.

The "bulls" arrive in Switzerland, Daja experiments with the group

An Albanian team to go far in European competitions, in addition to being physically, technically, tactically and qualitatively very good, must have a little luck in the draw, Partizani did not have this luck because the draw defined them as opponents in the round second eliminator of the "Conference Leagues" Basel, Switzerland. A club that has won 12 champion titles from 2002 until now and that until 2017 was dominant in the Helvetic league, while in European competitions it even managed to go to the semifinals of the Europa League in the 2012-2013 season . History in European competitions speaks for itself about Basel, however Partizan has nothing to lose. The bulls are clear that if they are eliminated no one would criticize them, but on the other hand if they manage to accomplish the miracle, then it would be one of the greatest achievements in the 75-year history of the capital club. Emiliano Musta is the main absence of coach Ilir Daja, with the Elbasan player who continues to be injured. The technician is expected to place Mark again on the left side of the defense with Koten in midfield this Thursday at 20:15 in "St.Jacob Park" of Basel, at a time when the attack has worked perfectly with the trio Kara, Kardoso, Stenio Junior, author of 8 goals in two games against Sfintul. On the other hand, Basel has 4 Albanians in its staff, Taulant Xhaka, Kasami, Zhegrova and Tushi and without question it is the most quoted team to go to the third round where there will be a team between Ujpest and Vaduz, however this sport occasionally makes even David triumph over Goliath.

Basel opposes Partizan with the Albanians

Against Basel, Partizani will have a hard time due to the fact that the Swiss team consists of several Albanian players such as Taulant Xhaka, Edon Zhegrova, Pajtim Kasami but also young people. Xhaka spoke to the media, saying that he advised the Swiss to be careful because Partizan has quality. "Yes, they asked me how Partizan is, do they have good players. I told them that they are a very good team, which does the offensive phase very well. But, I also told them that they have an excellent goalkeeper like Alban Hoxha, who played with me in the national team. Our coach has understood that Partizan is a very good team. I was also asked how the stadium is in Albania. I told them that it will be an excellent stadium to play ", said Xhaka.