Cocaine in the Port of Durrës / The images come out, here is the coal container where the narcotics were found (Video)

Cocaine seized in the Port of Durrës, the journalist makes a strong call to the authorities: Employees to go through the vetting process, information may come out that ...

Klodiana Lala warns "bomb": They will not stop kidnappings and killings, the state must intervene immediately in this city of Albania

"Traffickers are using a new method", Klodiana Lala reveals new details: The fight between criminal groups is done to control ...! Cocaine is hidden in garbage cans

Cocaine seized in the Port of Durres, the journalist makes the strong statement: The Eastern Terminal is not controlled, part of the quantity may have been taken from ...

Klodiana Lala reveals new details from the drugs seized in the port of Durrës: Here is the company that is suspected of ordering the goods

4 hours before the Belgian prosecutors, Artan Hoxha reveals what he testified in Belgium: Even those in Brussels had shortcomings that those of the SPAK do not come out

The Socialist Party makes changes in the leaders of the regions, this is what task Blendi Klosi has taken on

Partizan 270 minutes away from the Conference League, the "bulls" motivated to maintain third place 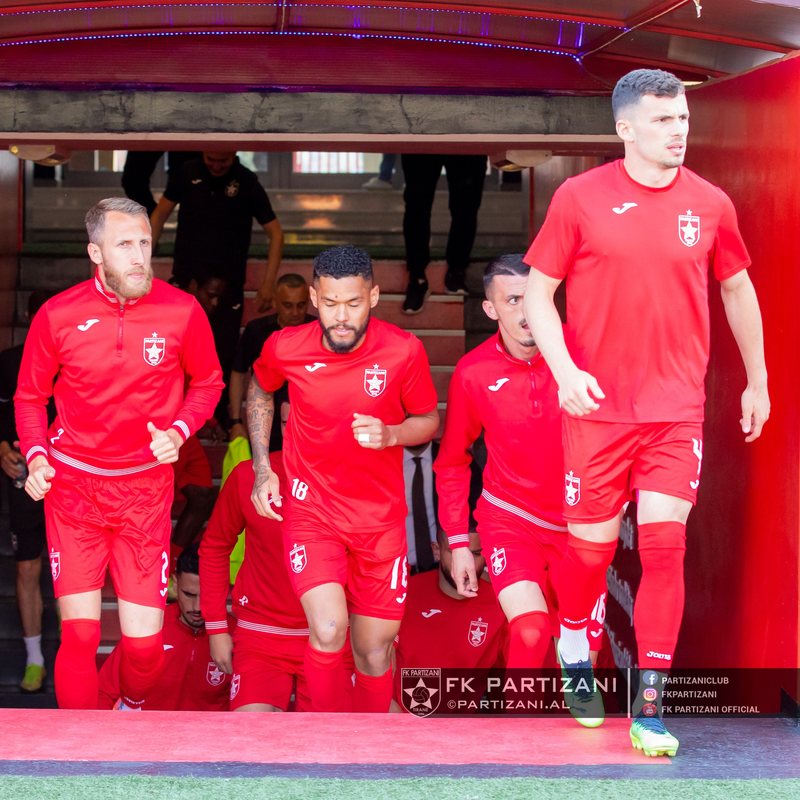 The 34th week of the Superior Category will give a lot of emotions because it will finally give direction to the European area in the ranking. In fact, the race for a place in the Conference League will most likely be determined last week, ie 270 minutes away, but if Partizan wins this weekend and Vllaznia loses, then it can be said that the Reds will be absolutely certain in Europe this season. ri. In fact, Partizan against Egnatias to forget the bitter defeat in the derby and secure the victory, so much needed for the target Europe. In the context of the next confrontation with Egnatian, the coach Dritan Mehmeti spoke. "It is a bit difficult after the derby loss, as the team gave the opponent an opportunity. Tirana took advantage of our mistakes and the qualities it has. We were a little higher in interpreting the derby, but look ahead. We have an important match. Focus on the next game to reach the minimum target.

Coach Dritan Mehmeti spoke at the press conference about the condition of his team, but also about the level of the opponent, who can open problems. "Egnatia has very high quality elements. They put us in trouble in the last draw. We will try to do our best, focus and evaluate the opponent. Getting into the right rhythm, forgetting what we did before. I worked more in the offensive aspect and in the negative transition. The two goals suffered by Tirana came from our mistakes. The opponent took the initiative and hit us. I am focused on the team being self-focused. We should have been much more concrete, but the team has been growing, even though in some matches we have been penalized by special situations and individual mistakes, I speak in terms of results. In terms of the pace of the game we were good. We have our destiny in our hands, to seek everything in ourselves. Marku had a lot of work, as he also played with Albania U21. From January all the staff has merit, we have worked well in terms of injuries. A team that has a lot of injuries, means that the training is not done properly. I have always focused on imposing the rhythm of the match, Partizan's shirt requires. The opponent will not stay behind, because he has good qualities in the elements he carries in the team ", added Mehmeti.

Arbitrators and penalty by Discipline

In the end, the Partizan coach talks about the role of the referees in the derby with Tirana, but also the penalization of the club by the Discipline. "I have never dealt with the arbitrators, but maybe it would be fairer to be where we need to be in terms of decisions. This is the first time I have complained about arbitrators. When we have two flagrant penalties in the derby, I will certainly speak. Discipline? I'm sorry, because it is impossible for us to do without our fans, who are among the most ardent fans in Albania. "We do not deserve this punishment," Mehmeti concluded.