The June friendlies revealed Reja, the team with problems in each ward, the group out of the coach's control 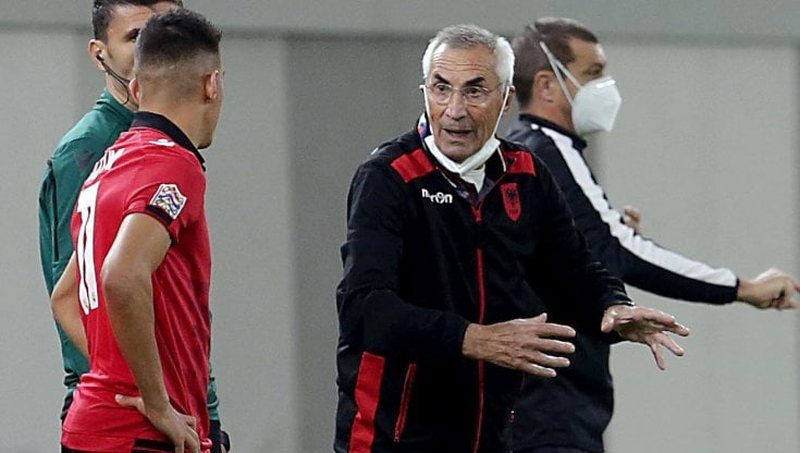 The national team played two friendly matches in these first days of June, where they first drew 0-0 with Wales and then lost 3-1 to the Czech Republic. Beyond the results, the national team clearly had organizational problems in the game and consequently lacks the clarity that leads to the right results. Coach Edi re confirmed even after these two meetings that he is too old to lead a new team. This seniority is not only related to his age, terribly great for a football coach, but to the mentality of organizing the game in the tactical plan, where his readable 3-5-2 schemes with which the Italian veteran is obsessed are ink and do not produce the required efficiency. Coach Reja's Albania has problems in every department, both in defense, in midfield and especially in attack. In the offensive department there are no players who make the difference and with the exception of Cikallesh who scores an honorable goal from his usual repertoire and thanks to his physical strength, the other attacking players are "shadows", completely off the line, which should encourage the technician. better select candidacies. At the moment, our representative lacks a race scorer, a successful finalist. There are also problems with the midfield, which is poorly connected and does not do well in both phases of the game, while the defense, as is rare in these last games, had problems in covering the opponents, something that left a bitter taste. What puts a cap on this analysis is the fact that many headliners did not appear in these matches, showing that Reja does not have control over the players and the veteran red and blacks come to the team according to whims. In short,

Reja gives the group a grade of "10", but knows that the group is not under control

Coach Edi Reja stressed after the match that the 3-1 loss to the Czech Republic was undeserved for Albania as the Red and Blacks showed an increase in the game, while only the result was missing. "I am sorry that we lost with this result because we did not deserve to lose 3-1. We will not deal with arbitrary errors because it was friendly. Of course some positive things are coming slowly. For the commitment of the team I give the grade 10, the players gave the maximum without retreating at any moment, we faced two very strong teams physically, as with Wales and the Czech Republic there are players that when they start counterattacks it is difficult to stop. We have to improve in the final passes, with Wales we tried to control the ball more, we managed a part of the game. Certainly fatigue affected today, the match with Wales we were fresher stronger, but we made a good match in my opinion. The result could have been better, we must be aware that we faced two very strong teams, it is important to sit down and analyze, mistakes happen but the team is at the end of the season ", stressed Reja, who, being knocked down in almost every match, sometimes by losing self-balance and sometimes colliding with players and staff members, is making its way and confirming the fact that he is too old to lead a new team.

Everything open in Group D. England-Scotland ended 0-0, while Croatia drew 1-1 with the Czech Republic, risking not to pass the group.

The market is intensifying, Tirana and Vllaznia are looking for "generals", Partizani follows the tradition with "soldiers"

Although bloody, Schick does not stop, gives the Czech Republic an advantage (VIDEO)

Suffered cardiac arrest in the middle of the match, comes the GOOD news for Christian Eriksen

EURO2020 / Sweden smells the qualification, a penalty is enough to beat Slovakia

Bitter! He suffers a heart attack, the Juventus legend dies

The Netherlands "dances" with Austria and qualifies, Northern Macedonia is hopeless

Partizan hits the market, returns Marku and renews with Bardhi