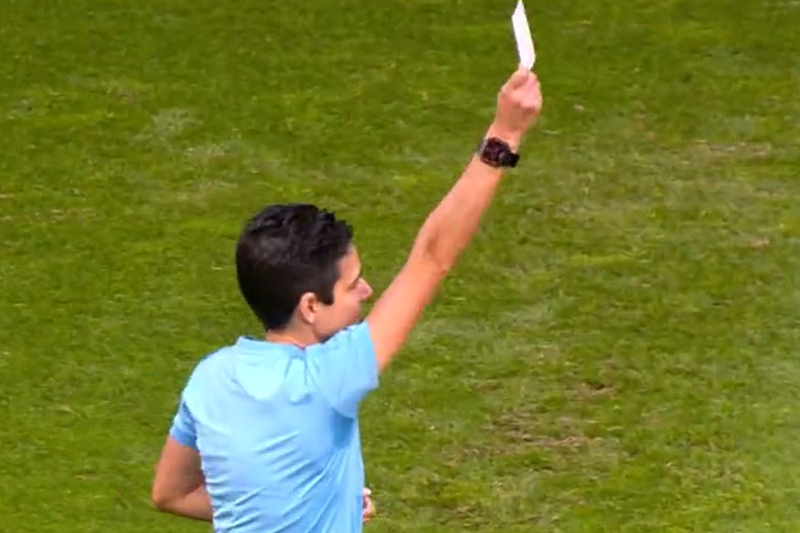 The rules of football change from time to time, through decisions that are made after all actions on the field are tested by scientists and specialist experts of the game. The introduction of technology (VAR) has made football more interesting, especially in terms of "fair play", but there are still problems that arise as a result of delays in reading the technology. Meanwhile, another surprise comes in this aspect regarding the awarding of cards, this time cards that increase image points for players and clubs. thus, football's first white card appeared during a derby match in the Portuguese women's league, in which Benfica and Sporting Lisbon faced each other. The card was given to recognize fair play during the match in which both medical teams rushed to help a fan in the stands. This is the first time in football history that a white card has been shown. Judge Katarina Kampos did this. The public in the stands welcomed this action of the judge and applauded her. She showed the yellow card to two medical staff.

The Portuguese is finally "unlocked", CR7 scores the first goal for Al-Nassr (VIDEO)

What happened? The football star retires suddenly, here is the message to the club leaders

Leo Mesi: I have achieved everything in my career, I cannot ask for more

Kaçe lands in Greece and signs for Volos, Rrapaj leaves Partizan and moves to Bulgaria

European U-21/ Tovërlani is not even afraid of Germany, he sees Kosovo as a contender

There are no surprises in the cup, the big teams of Superior qualify

The draw of the European U-21, Albania in group E with 6 very strong rivals

The draw for the Euro 2025 qualifiers is made, Albania U-21 learns the opponents

Mehmeti signs for Bristol City and hopes to be invited by Silvinjo, Ismajlgeci leaves Tirana