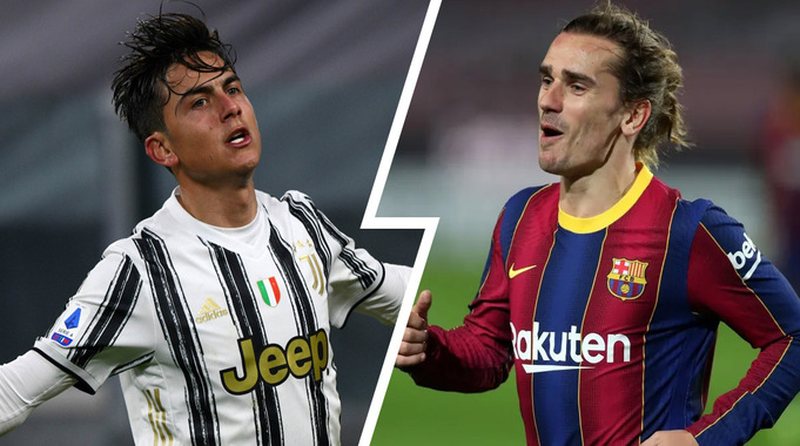 The market is heating up in Spain and Italy. Meanwhile, the big clubs are devising "heavy" exchanges, where Juve and Barça are heading towards an agreement.

The market has entered an intense phase of it. The big European clubs are rushing to meet their targets in the market, before this month closes, because then intensive preparations for the new season begin. The stakes have been thrown and the list of desired names has been unfolded in time, but some of them have not yet moved to the market and here we are talking about quality players. Meanwhile, according to the important Spanish media, "L'Equipe", Antuan Griezman, who is part of Barcelona, ??may end the new season in the Italian Serie AQ, because he is wanted by Juventus and for this Italian "Old Lady" has devised an exchange with Argentine Paulo Dibala. Anything can happen in the following days, as the exchange seems to fill those gaps left by the players last season. Al; egri wants Do Griezmann to bring innovation to Juventus, while Barça wants Dibala to serve Messi with his technique. In fact, as reported by the media in question, although he was transferred to the "Camp Nou" two years ago, Antoine Griezman has become a nuisance for the Barcelona team, as not only is he not able to adapt to the style of play, but weighs quite a bit even on the balance sheet with his net salary of 18 million euros. A few days ago, the leaders of the Catalan club made an attempt to bring him back to Madrid, in an exchange formula with midfielder Saul Niguez, but negotiations failed, as Atletico was not ready to take over the pharaonic salary of the French striker, while Los Colchoneros fans "They did not forgive him for leaving in 2019. Finally, the leaders of Barcelona are thinking of another way to remove the Frenchman from the team, as reported by the French daily "L'Equipe", a face-to-face exchange with Argentine Paulo Dibala will soon be proposed to Juventus. At the moment it is just an idea, but that can be welcomed by the leaders of Juventus, who so far have not yet found a common language with the Argentine Dibala, for the renewal of the contract that expires next summer. However, even in this case, the problem can be the high salary of Griezman, who does not intend to sacrifice a single cent of 18 million euros, and as long as Cristiano Ronaldo is in Juve, it is impossible for him to afford another salary. such stratospheric. It remains to be seen by the end of the market what strategy Juventus will follow to cut costs and increase the quality of the group, on which the goal in the new season depends. Anyway,