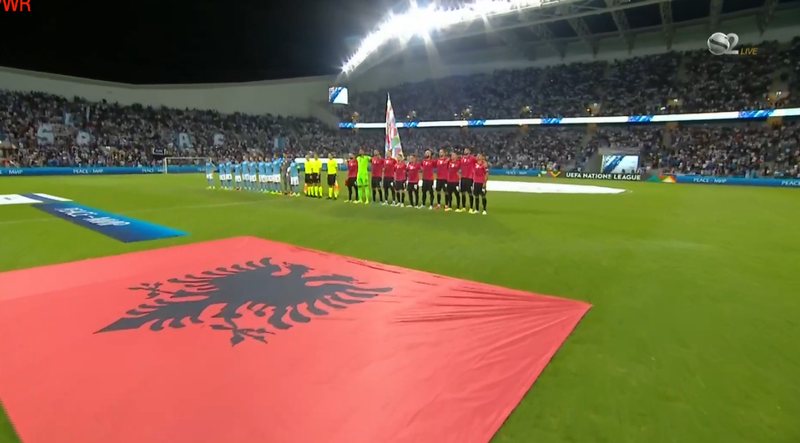 A few minutes ago, the official formations of the Israel-Albania challenge were also made public, as the red and blacks of Reja will line up with the 4-3-1-2 scheme as announced by the newspaper.

Strakosha in the goal, Balliu on the right side of the defense, while Ismajli and Ajeti in the center. On the left, Captain Hysaj. The midfield trio will consist of Gjasula, Abrashi and Laçi, while Risia is the player behind the two attackers. It will not be Bajrami, but Asllani as number 10. The attack will be with the Cikalleshi-Broja duo, with Uzun starting from the bench.

Goalkeeper Berisha, defender Veseli and fantasy player Bajrami will also start from the bench against Israel.

6' What Broja has lost! The attacker steals the ball from the defenders and goes alone in front of the goalkeeper, but takes the ball into the latter's hands.

5' Two consecutive corner kicks do not bring danger to the home team's goal. In the meantime, the friends with a quick counterattack attempt the goal of Strakosha, but Ismajl's deflection makes the ball easy for the keeper.

2' Immediately danger in the red and black goal with a corner kick that is punched with difficulty by Strakosha.

1' The duel starts with the kick from the center of the friends.