Chelsea opens the way for Broja to return to London, Serbs are furious with the Albanian "eagle" 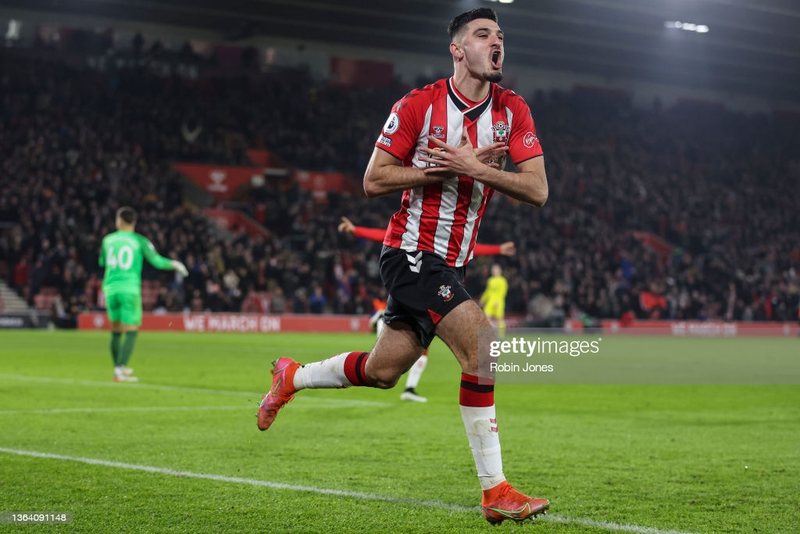 Armando Broja is going through an extraordinary moment with the Southampton shirt, probably the best in his career seeing his appearances and goals scored in the place where football was born. Fascinated by his goals are the Southampton fans who have asked the leaders and the presidency to finally keep the striker of the Albanian National Team. Recently, the prestigious British "The Sun" has opened its article with the title that Chelsea considers Armando Broja as part of the new project. This is important news for the 20-year-old talent who would take the big step in his career to be at the center of the project of the club that owns his card, but above all to a giant club like Chelsea.

Serbs are furious with the eagle celebration, demanding the reflection of the Serbian owner of Southampton

Albania striker Armando Broja creates "problems" in Belgrade. The eagle celebration of the attacker of the red and black representative is seen as a "provocation" in the Serbian capital. The 20-year-old has chosen this celebration as his way of greeting compatriots after every goal he scores. A gesture often copied by Southampton teammates. A gesture that should not be a problem for the English public, as it is for the mentally ill in Belgrade. Thus, the gesture of the Albanian attacker has been evaluated as a nationalist symbol in the Serbian media and moreover, they have criticized the new Serbian owner of Southampton, Dragan Sholak, for applauding such a celebration. Sholak was present in the stands at Southampton's last game against Brentford, when Broja scored and celebrated in his usual way. The owner certainly stood up and applauded the Albanian for the excellent goal that pushed the team towards an important victory. But for "republika.rs", the tycoon has supported the 'insult of Serbia in England', as he described this action in the title of the article dedicated to this topic. In the 49th minute, the 20-year-old Southampton striker scored for his team and ran across the field with his hands crossed, while the owner of "United Media" appeared on television very soon, who greeted this unsportsmanlike celebration of young Broja with enthusiastic applause. "Sholak greeted the symbol of" Greater Albania "!", Wrote this media. Serbia's attack on Sholak comes down to the simple fact that he is one of the financiers of Aleksandar Vucic's opposition and the pro-government media are already finding every way to attack him.