Bajrami stabilized the midfield, Reja knew the value of the Empoli player 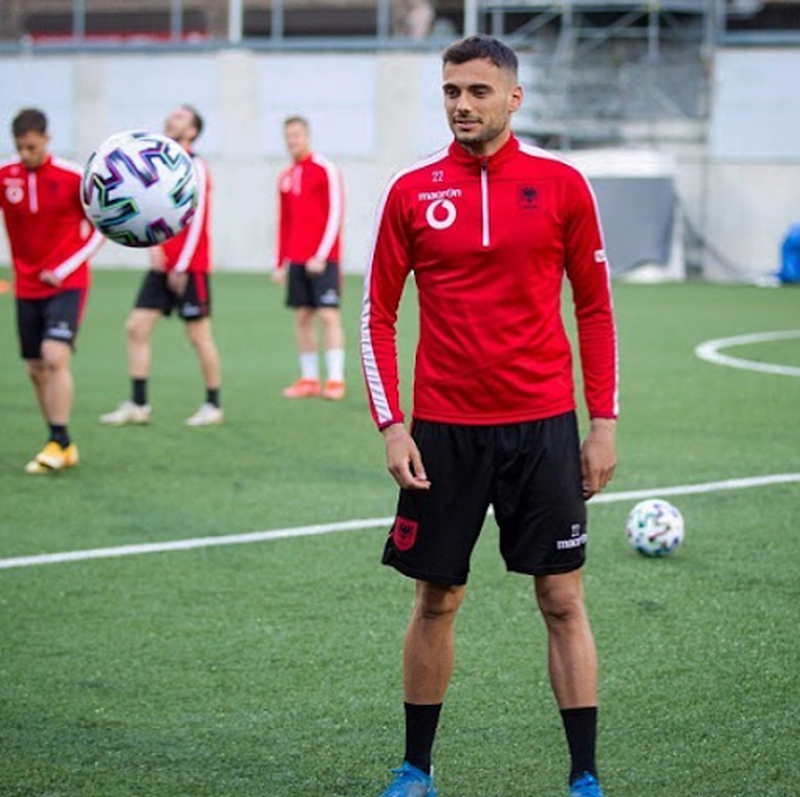 The national team secured 6 points in three matches played in September within the group I eliminator for the World Cup "Qatar-2022", climbing to second place, after England, and having good positions to aim to pass through this position in "Play-off", which means that there is a chance of qualifying for the World Cup in Qatar from second place in the group. In the match against Hungary and San Marino, midfielder Nedim Bajrami played from the first minute, with only one part of the game, who showed that he deserved the effort of coach Edi Rea to come to the National Team and undoubtedly the effort and determination of the Albanian Federation of Football for the player to wear red and black, a case that was won with FIFA at the Sports Court of Lausanne. In the match against Hungary, Bajrami played for the first time in the title and in an official match, but it took him a few minutes to adjust and show his potential. He plays in midfield as a fan at Empoli and gets high praise in the Italian championship, but in the National this increases the quality and of course makes the team more competitive. Bajrami is known for some sports qualities on the field. First he knows how to position himself in the right place, being tactically disciplined and rigorous in the tasks assigned to him. Second, he has dexterity in his maneuver with the ball and this makes him have a margin on the field. Thirdly he is a very good assistant, and the team feels better with his presence on the field. Fourth he has accuracy in passes and especially in passes in tight and difficult areas. Fifth, Bajrami has the gift of hitting the opposing goal through accurate shots from any position.

The coach of Empoli said for Bajrami that there is a player in the team who makes a difference and practically a great footballer who expresses himself at any time and helps the team to achieve its objectives. Although a modest team, with Bajrami in its bosom Empoli knows how to impose itself on the field. Last time the red and black player hit the post and tried to influence a positive result for his team, but was unlucky. Anyway, the grade for him has been high because he deserved it with what he gave on the pitch. This good performance of his has fallen in the eyes of the big Italian clubs but also outside Italy, and the possibility is not ruled out that in the winter market the offers will flood him and we will have some surprises as a sensational transfer to the ranks of a better club. great. Specialists and opinion leaders in Italian football have already warned of this. On the other hand, it is hoped that in the National he will maintain this good start he made in the last matches in Group I, and reward the trust of the coach and other staff members. The fact that he highly valued his presence in the national team and expressed consideration for the group, show that Bajrami has passed the suitability test and can now be considered a starting player in the red and black formation of coach Reja.

As in the movies / From the quarrel in Greece with the Russians to the arrest in Austria, the difficult life of Florian Markut and professional success