Asllani is wanted by Milan and Inter, Kumbulla makes Mourinho for hospital 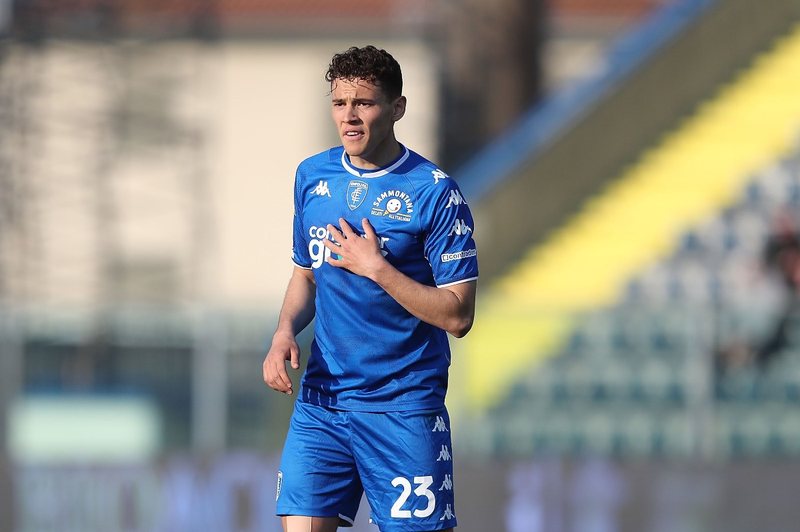 The players of the National Team are having a good time with their teams and some of them have also occupied the pages of the well-known European sports press. In Italy, where most of the red and blacks are located, the last two days have attracted the attention of defender Marash Kumbulla and attacking midfielder Kristjan Asllani, the first with Roma and the other with Empoli. Asllani is on the "radars" of many Italian clubs and beyond, as he is considered a footballer with high expectations, ie a talent, while Kumbulla, already affirmed, during the training gave a kick to coach Mourinho and the Portuguese ended up at the physiotherapist. But the event caused a stir because the technician shared it with the fans on social networks, doing a "show" with the followers.

Asllani is wanted by the "giants" of Milan

Empoli's Kristjan Asllani has won the attention of big Italian clubs like Inter and Milan. Yesterday, the coach of the team, Aurelio Andreazoli, spoke about the national team player, emphasizing his skills on the field, but without forgetting to mention that the 20-year-old still has time for these moves and that he still needs to consolidate as a player. before I take the next step. "Asllani still needs to be clearly consolidated as a player. When it is said that we should give space to young people, we should say that we should be careful not only to take credit for this fact but also to give them time to settle down. He still has time to settle down, this also applies to other players like Viti and Paris. All of these players need to grow and we need to give them the right time. It is still too early to talk about Asllani's ideal role on the field, in Milan he played as a quarterback doing 13 miles during the match. It has a lot of quality, I can play anywhere. "If you have physical, technical and moral quality, you have no problems", said Andreazoli.

The one-foot plum leads Mourinho to the physiotherapist

Jose Mourinho does a "show" with Marash Kumbulla. Red and black football has given a strong kick to the Portuguese, so much so that he needed the help of physiotherapists. On his Instagram profile, Mourinho posted a video where he appears undergoing treatment on his left leg. "If you see me limping or with hats on, you should know that K kicked me," the Portuguese wrote, but leaving the character who had hurt him an "enigma" anyway: "K RK or MK?", Referring to a between Karsdorp and Plum. A few minutes later, after seeing the reactions on social media, Mourinho resolved the suspicion: "After Karsdorp was attacked on social media, I have to post this image and say that Kumbulla is responsible." Kumbulla also reacted to Mourinho's post, writing briefly: "I caught the mystery ball". While the most "pepper" comment is made by Lorik Cana: