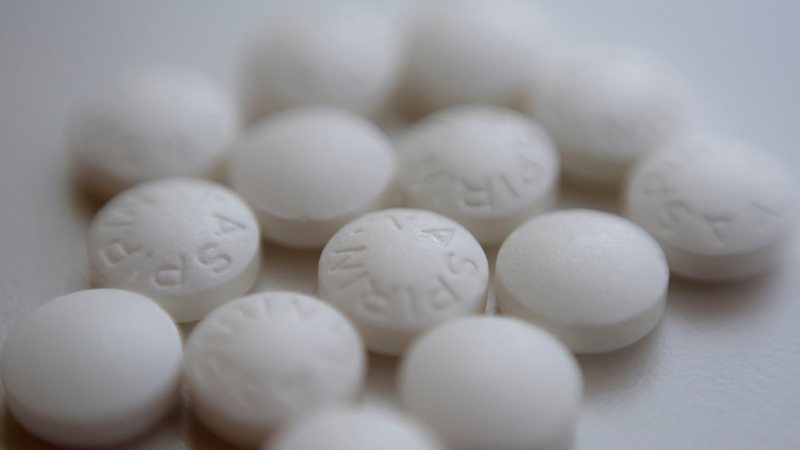 People who do not suffer from heart disease should not take aspirin daily. This is stated in the preliminary instructions of a weighty group of American experts. If the guidelines take final form, they will completely change the recommendations given in 2016 that suggested the use of low-dose aspirin to prevent heart attacks and strokes.

People who do not suffer from heart disease should not take a low daily dose of aspirin, 81-100 milligrams, to prevent possible heart attacks, says the guidelines circulated by a weighted organization in the field of health.

The American Preventive Services Working Group is an independent expert body that analyzes research and medical literature to provide periodic recommendations for measures to be taken to protect public health. The working group already says that the risk of bleeding in people over 60 is greater than the protection that aspirin can provide.

"According to the latest data, we already recommend that people 60 and older do not start taking aspirin, as the harm is greater than the benefit," says Dr. John Wong, representative of the working group.

On the other hand, the new recommendation says that people in their 40s can probably take low-dose aspirin if they are not at risk of internal bleeding. Also, the recommendation says that for people aged 40-59 who are at risk of developing cardiovascular disease, the benefits of aspirin use are small. The working group recommends that aspirin should be taken after consulting a doctor.

"It is a very significant development, especially for the use of aspirin by elderly patients who have never had heart problems but who want to prevent them. It is a large segment of the population that takes aspirin for this reason," he says. Dr. Lauren Block, of the Feinstein Institute for Medical Research.

"We are asking patients who are concerned about the possibility of a heart attack to discuss this issue with their doctor. It is important to know that aspirin can cause serious damage and that this risk increases with age," he says. Dr. John Wong, representative of the working group.

Aspirin is better known as a pain reliever, but it also serves as a blood thinner that can reduce the chance of thrombosis. For years, doctors have recommended taking aspirin daily in small doses for people who have already had a heart attack or stroke. The new guidelines do not change the recommendation for this category of patients. Recent studies, however, highlight the risk of hemorrhage, either through ulcers or in the digestive system, which can be fatal.

Olive oil, honey and lemon, the magic combination for health

Signs that the body needs to rest and relax! Do not neglect them

Stress symptoms / You may not notice them, but the body reacts in these ways

Egg yolk secrets, how to use it for skin rejuvenation

Do not ignore these signs, they warn of serious illness

Warning signs of attack, treatment you should do immediately

It is considered as one of the treasures of Albania, the health reasons why you should consume this type of plum

Maybe you did not know! This causes hair loss

Can white cheese spoil in the fridge? Tricks we all need to know to keep it as fresh as possible

Reduce the risk of death from heart disease with these ingredients, easily found

Completely cleanses the lungs within 72 hours, this wonderful drink regenerates your body