"Fly like an eagle", the English media pays attention to the celebration of Albanians 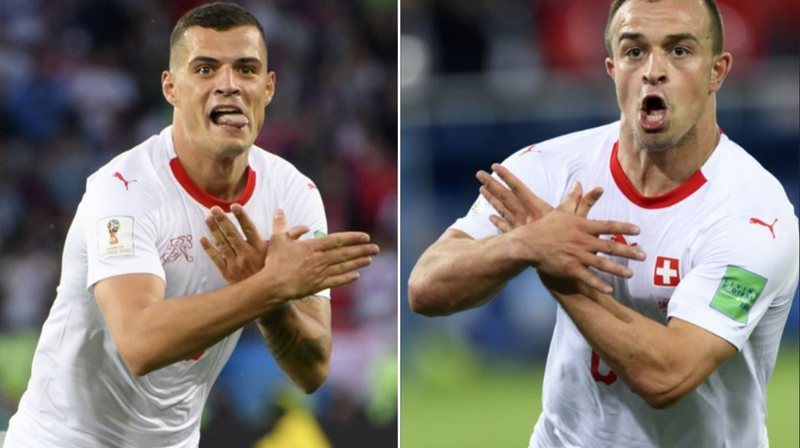 "The Sun" has dedicated an article to the unique celebration of Albania's two-headed eagle.

The celebration with an eagle by the Albanians caused anger earlier when it was performed by Granit Xhaka and Xherdan Shaqiri.

Both Xhaka and Shaqiri celebrated their goals for Switzerland in the 2-1 win over Serbia by making them nationalistic symbols of their ethnic Albanian heritage.

The players put their hands together to look like a two-headed eagle, like the one on the Albanian flag. Shaqiri that day was wearing his football heels with the flag of Switzerland and Kosovo, where he was despised by the Serbian fans.

German-Albanian defender Shkodran Mustafi repeated the celebration with his hands during Arsenal's win in Cardiff.

But why is this celebration controversial?

FIFA is under pressure from Serbia to punish goalscorers who do this celebration, with those seeking a two-match penalty, which is also provided for by FIFA regulations.

Speaking to reporters after that big game, Shaqiri said: “You can see what I did and I think it's just emotion. I am very happy that I scored that goal. It was nothing more than that. I think we shouldn't talk about it now."

Xhaka said: "Honestly, my opponents didn't care what they thought about the eagle celebration.

It was for my people, who have always supported me. For those who did not neglect me, in my hometown, where my parents' roots are. These were just pure emotions."

Xhaka and Shaqiri were fined £7,630 each for celebrating Albania's eagle, which was branded unsporting behavior by FIFA.