They had returned to the horror of businesses, the two Albanians in Greece suffer badly, the details are revealed 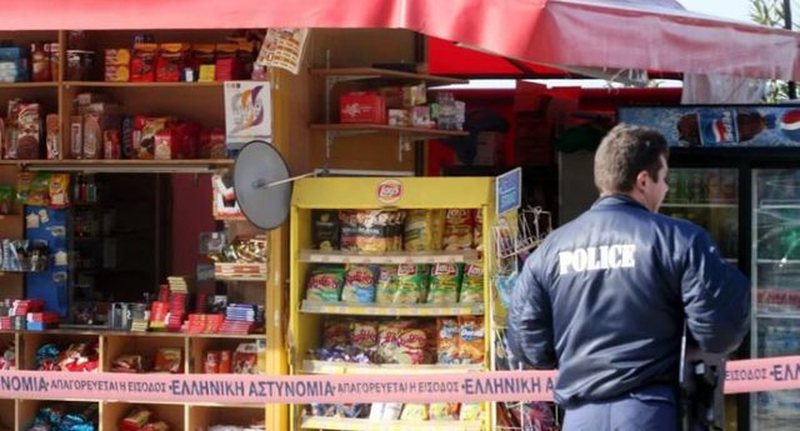 Two citizens of Albanian origin, aged 49 and 57, have been arrested in Nea Chalkidona, Greece, on suspicion of being members of a gang that committed armed robberies at kiosks and gas stations.

According to the Greek media,  Maleviziotis.gr, a few moments before the arrest, the two Albanians committed an armed robbery in a kiosk and left by car, and were found after checks carried out by law enforcement.

The amount of money they had robbed earlier, a pistol, the clothes used during the robberies, and a cell phone were found and confiscated inside the car used by the Steats.

Subsequent investigations revealed that the accused had formed a criminal group with a specific method of operation and distinct roles among its members since the middle of last October.

Strong earthquake 'SHAKES' Greece, here is the epicenter and magnitude

The truck full of animals overturns, the cows "invade" the highway, traffic is interrupted

'We will not withdraw from Kosovo despite...', the Serbian chief diplomat meets Infantino and uncovers the behind-the-scenes

"Today I share with you..."/ The Greek Prime Minister shares the sad news: Unfortunately, my sister...

With what passport did Albin Kurti go to Spain? Strong doubts arise, here are the last details

The EU conditions Serbia with the recognition of Kosovo, the alarm goes off in Serbia, Vu?i? warns of great pressure from Brussels, Bërnabi? calls on the EC to ignore the recommendations of the European Parliament

The well-known singer and three other people are arrested. Clear the reason (Name+Photo)

Albin Kurti is attacked, the moment when the bodyguards protect him with their bodies, the images spread quickly (VIDEO)

Vu?i? is no longer 'silent', he reveals the secret request of the European Parliament: I am not interested in this

They had returned to the horror of businesses, the two Albanians in Greece suffer badly, the details are revealed