The announcement "non-grata" forces him to show his wealth Berisha: I live in an apartment 124 m2, I have savings 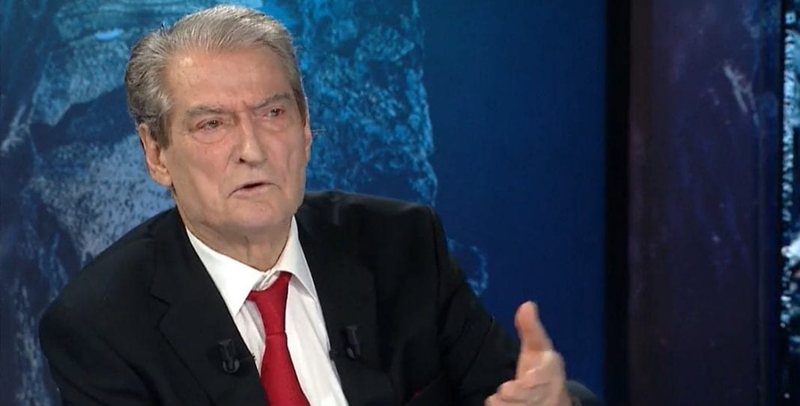 Former Prime Minister Sali Berisha has spoken about his declaration "non-grata" by DASH, saying that they can not find anything, both in terms of wealth, but also his political actions.

Asked why he did not resign and secede from the DP, Berisha clarified that he could not bow his head to the slanders against him.

The former leader of the Democratic Party indicated that he will triple his battle, while in terms of wealth, he said that he has only one apartment of 124 square meters and some savings of up to 100 thousand euros.

Dudushi: Why when you were declared non-women you did not break away from the PD, because you pull the PD from behind and all those there, the pride of the PD. To resign from any position and continue the personal battle you have?

Berisha: It seems so. What am I looking for? A fact I am looking for. A fact is coming out I resign from everything. But if they do not give me any facts, why should I give up slander? If facts come to me then I make every decision.

Dudushi: I am not saying to lower your head and accept slander? I mean, is it worth your battle to be perceived as a PD battle as well?

Berisha: No, the DP has no business in this battle. Not only will I not give up, but I will triple my battle. Tell me the wealth? I live in a house 124 m2, 34 m2 more than the house I had in the dictatorship. I have 100 thousand euros savings, something more or less than I know. That's it. Yes they found me more things…