The dissolution of the Transparency Board turns out to be a fraud, fuel prices rise to the stratosphere, this is how the oil oligarchs are robbing Albanians' money 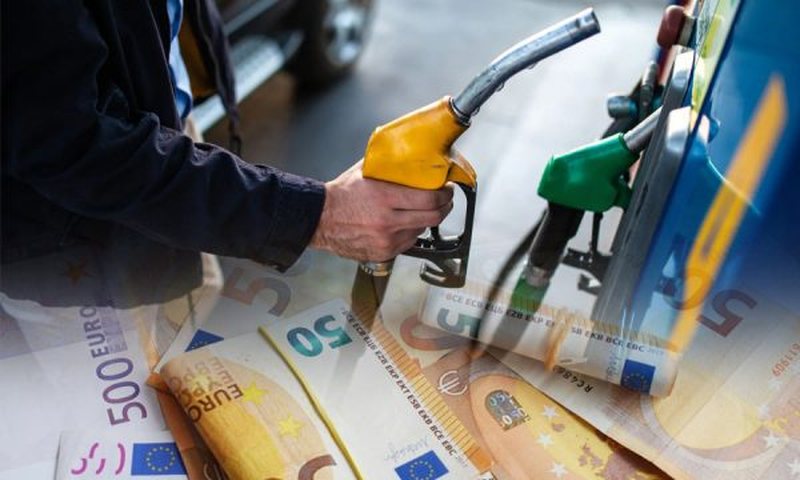 At a time when the announcement that it would be merged was expected, the Transparency Board met again yesterday, while it decided to increase the price of oil and gasoline. Starting from yesterday at 18:00, oil will cost 9 lek more, so from 199 lek it will be sold at 208 lek per liter. The price of gasoline has also increased. From 178 ALL, it will be sold at 189 ALL per liter, while gas remains unchanged at 71 ALL/liter retail. "Referring to the data related to the Platts stock exchange dated 16.1.2023, we have price changes from the one determined in the last meeting, specifically it turns out that the price (FOB/MED $ Ton) of Gasoline is 842, +116 from 19.12.2022, $/Ton, while the price of Gasoil/Diesel is 937, +82 from 19.12.2022, $/Ton. The BSH exchange rate has slightly decreased to 107.99 (-0.27 from 19.12.2022). The retail price of the gasoil by-product of the SSH EN 590 standard should be no more than 208 ALL/liter, while the wholesale price no more than 196 ALL/liter. The retail price of the SSH EN standard gasoline by-product should be no more than ALL 189/liter, while the wholesale price no more than ALL 177/liter. The retail price of the gas by-product should be 71 ALL/liter retail and 59 ALL/liter wholesale for vehicles. The price of diesel for fishing is set at 114 ALL/liter. The prices set by the Board will come into force on January 17, at 6:00 p.m., and will be valid until the next meeting of the Board where the changes in sales prices will be reflected," the decision states. But this decision, not only showed that the merger of the Transparency Board was a fraud, but because of this body, fuel prices have risen to the stratosphere, costs which burden the pockets of Albanians. So the Board's decision comes at a time when oil in Bursa is at the lowest levels since October 2021 and it seems that the government has chosen to be on the side of the oil oligarchs, who without a trace of shame or conscience are robbing the money of Albanians.

On January 10 of this year, it was announced that due to the normalization of fuel prices in the global market, it is expected that at the next meeting of the Transparency Board, the merger and the end of its activity will be signed, but such a decision has yet to be made. not received. The opposition and Confindustria say that the Board does not protect the interests of citizens, but in their announcement, it is stated that not every movement of the crude oil exchange is reflected at the same time and to the same extent in the diesel and gasoline exchange. "The transparency board that in its creation it has strictly followed in its decisions the movement of the Platts exchange of the Mediterranean for diesel, gasoline, as well as the official invoices of the operators.

Earlier last week, it was the Minister of Finance, Delina Ibrahimaj, who warned that the Transparency Board for oil prices, but also for food products, is expected to be suspended. She stated that the government is discussing their abolition, almost a year after their establishment. "We discussed the abolition of the board. We are in a situation where fuel prices have created a stability and have no fluctuations, and we are in a decision-making process for the suspension of board activities. The reason why the boards were raised was only one to limit profits, in order to have a lower price for consumers", she declared. However, Minister Ibrahimaj did not give a deadline when they can be abolished, but emphasized that the government will continue to supervise the prices in order to avoid abuses.