The CEC is expected to meet urgently, the latest decision to be made for Ori Nebiaj and Petrit Doda is revealed

The sudden move that questions everything, Klodiana Lala gives the shocking details from Taulant Balla's interception 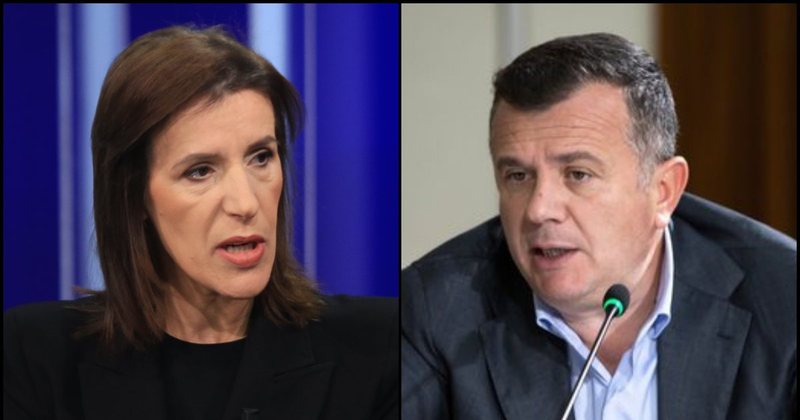 Invited to the show "The Unexposed", Lala said that the judge has not only decided to destroy the CD, but also the server!

We recall that this event was first declared by Ardjan Çapja in the courtroom, where he issued strong accusations against a politician named Taulant, which refers to Taulant Balla.

"During the interrogation, Çapja claimed that a high-ranking official, a politician named Taulant, was wiretapped in connection with the massacre of February 3, 2016, where 3 people were killed and 8 others were injured. Several people were wiretapped.

Çapja stated that a politician was intercepted in this event. The only politician named Taulant is Taulant Balla, but Çapja did not say him by name and surname. Then, he continued with strong accusations against the prosecutor of the case.

Among other things, Çapja stated that the court of Elbasan has decided to destroy the wiretapping. It is signed by Zamira Vyshka. What does the decision say? The interception of several persons was ordered, among others the citizen Taulant, but the surname and function are not given.

Then, the judicial police officer refers the interceptions to the prosecutor. The prosecutor claims that the number of citizen Taulant was a slip and this number could not continue to be intercepted.

The court has decided to dispose of the intercepted CD. The second is to hide the server in the General Prosecutor's Office!", declared Lala.

Edi Rama reacts to the accusations against Balla as the orderer of the lawyer's murder: If there are facts...

The conflict within the "Foltor" deepens, Kokalari comes out against the Berisha-Meta coalition and reveals the secret deals of Belind Kelliçi in the DP, here are the scandals of the "Refoundation"

Meta-Berisha in one line, prepare for violence on December 6, messages, pressures and warnings to internationals, the scheme of how to "trap" Edi Rama becomes clear

The Spanish media exposes the official behind the 2.4 billion euro fraud from the call centers in Albania: There are high-level connections with the government

Cyberattacks on Albania, the Court of Tirana overturns the prosecution, assigns an "obligation to appear" for 5 officials of the Ministry of the Interior who misused their duties

The mass departure of Albanians to Britain, the British media reveals Rishi Sunak's plan with Rama