The Supreme Court blocks the construction of HPPs in Valbona, accepts the request of residents and civil society 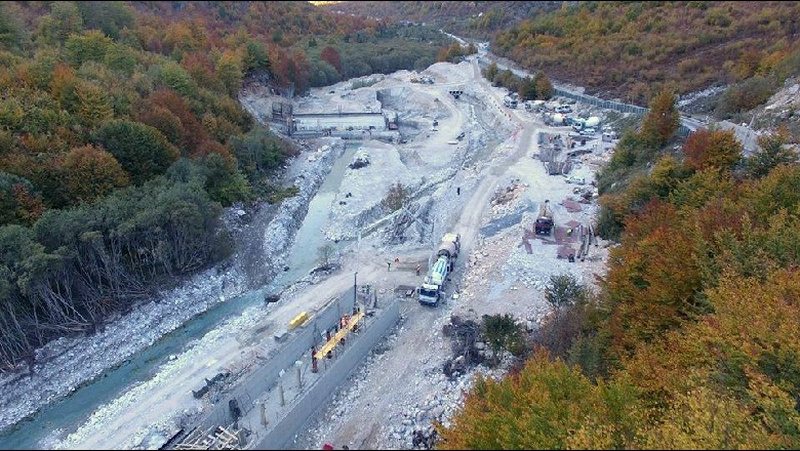 The Supreme Court yesterday decided to suspend the construction of hydropower plants on the Valbona River. The decision taken by the trial panel has entered into force until a final decision. The trial panel of the Administrative College composed of Sokol Sadushi, Ilir Panda, Sokol Binaj has decided to accept the request of the inhabitants of 27 villages of the Municipality of Tropoja and the association 'TOKA'. The parties have opposed the project of construction of 2 hydropower plants "Dragobia" and "Cerem" in the National Park of Valbona Valley by the concession company "Dragobia Energy LLC". Parties in this process are also the Ministry of Energy and Industry, the National Environment Agency, the Ministry of Environment, the National Council of the Territory and the Agency for Territorial Development, institutions which at different times have participated in the issuance of permits for the construction of HPPs on Valbona. Recall that the battle against concreting of Valbona has started since 2015. Residents of 27 villages of Tropoja have denounced the falsification of minutes of public consultation, which were part of the documentation of companies that received rights to HPP in Valbona. The companies have submitted documentation as if the residents agreed on the construction of HPPs. But residents and associations claim the signatures were forged and that the list of signatories included people who died three years before the minutes were compiled. Other residents claim they never signed. The first instance court in Tirana ousted the residents and ruled in favor of the company. But, the Administrative Court of Appeal, in June 2019, decided to suspend the works until a final decision. A few weeks later, Judge Sami Ujkashi of the Tropoja Court of First Instance decided to block the implementation of the Court of Appeals' decision to suspend the works, thus deciding on the continuation of the works.

Neritan Sejamini says it bluntly: only one candidate can beat Erion Veliaj!

The former head of the State Police reveals the "trap" that was set for Sali Berisha with the "king" of gambling: The truth of the employee connected to Ervis Martinaj

Arjan Çani: This would be a brilliant candidate for mayor of Tirana, here's what I would do if I were in the place of the doctor