The internal race in PS, Taulant Balla comes out with the strong call and reveals the latest innovation: The co-direction formula will be applied, a girl and a boy! 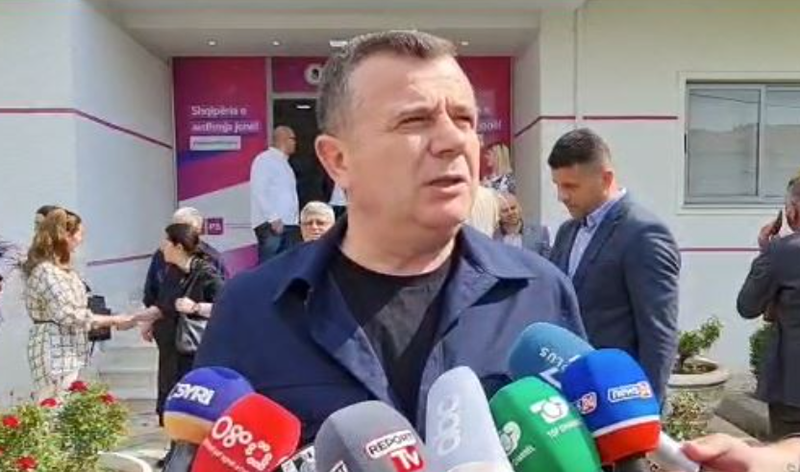 The Socialist Party has started today the electoral process in the 6 Municipalities of the district of Fier, to elect the mayors there, in the framework of the internal reorganization of this political force.

The political leader of the Fier region, Taulant Balla in a statement to the media announced that the Socialists will undergo a real race process, while inviting candidates to be part of the confrontation.

This new formula gives us the opportunity to apply here in Fier the opportunity for the party to be co-led by a man and a woman, a girl and a boy because this is a model that has been successful.

What is very important is the selection of an organizational secretary both at the municipal level but also at the county level to better coordinate the work and organization of the party.

I invite any member of the SP who thinks he can make a contribution to the good organization of the party to submit the documentation to the organizational secretary.

It is very important that this is an open competition. It should be understood by all that the socialist party develops this process as an open process, where more than just the party and the whole community should be involved in order to promote the best candidacies.

The Socialist Party is not only the largest party in the country but also the responsibility of leading the SP in each municipality is a responsibility that helps in what is very important to us.

The role of socialist party structures in the territory is the bridge between the government, the parliamentary group, the local elected officials and the community. The stronger this bridge, the greater the demand for electoral accountability among voters.

Therefore, this reform, this new selection, here in the district of Fier, where it is also the most well-organized party in the entire territory of Albania, will have its own importance.

I will be myself at all levels and municipal assemblies to follow this process to be transparent and efficient.

At the end of this process that concludes in September, efficient leaders will be elected and we will be here again to start the preparations for the local elections 2023, where of course there is no other result where we intend to reconfirm in all 6 municipalities of the region ", tha Balla.

Who is he with? Prime Minister Rama comes out with a strong statement: I know how to easily distinguish the Democrats, but the time is dead when…

(VIDEO) Cold-blooded and with the collar with the red and black flag, how Haradinaj received his prison sentence in The Hague. The document of the full judgment of the Special is clarified

"Bring four names and sit down today", Gjiknuri makes the important proposal to the opposition for the election of the new President: If you want, bring out ...

The election of the new President of the country, Alibeaj reveals the only condition he has for the SP: This is an issue that no one can understand to understand!