Basha officially expels Berisha, does not send his name to the Assembly and extinguishes the divisions in the Democratic Party, the deputies leave the former Prime Minister in the lurch 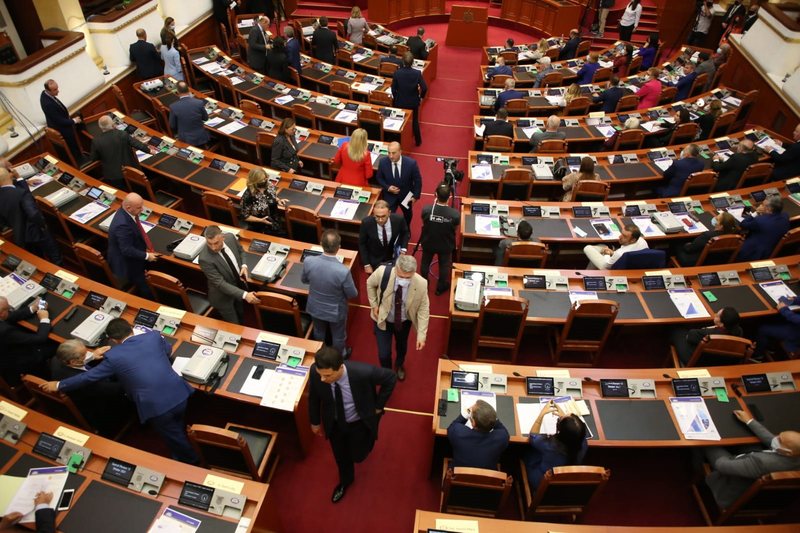 The chairman of the Democratic Party, Lulzim Basha, has officially expelled Sali Berisha from the PD parliamentary group. Parliamentary groups were voted in the Assembly yesterday and the letter that Alfred Rushaj sent to the Parliament does not include Sali Berisha. The latter in the form he filled out said that he is part of the PD group, but this was not taken into account, as the leader of the Democratic group Rushaj did not confirm. Berisha is now an independent MP and we can officially say that he has been expelled from the party. Meanwhile, Basha had two meetings with his own yesterday, taking another step against his predecessor. After explaining to the ruling structures the reasons why he took the decision to expel the former Prime Minister Sali Berisha from the Democratic parliamentary group, Yesterday, the leader of the Democrats, Basha, started the movements to overshadow the "action" of the former democratic leader. Yesterday, Mr. Basha held two meetings with the Democratic MPs, while the first to be present at the meeting were his confidants, led by Enkelejd Alibeaj, Alfred Rushaj, Gazment Bardhi, Tomorr Alizoti, Belind Këlliçi, Ervin Salianji, Jorida Tabron and Agron Gjekmarkaj. The newspaper has learned that the leader of the Democrats, Basha, has asked his associates that his message that there was no other solution for Berisha be conveyed to the public. Moreover, as the same sources pointed out, it is learned that in the meeting that lasted about 1 hour and a half yesterday morning, the leader of the Democrats mandated the deputies Alibeaj, Rushaj, Bardhi, Alizoti, Këlliçi, Salianji, Tabaku and Gjekmarkaj to hold the main weight in the media debate on the situation in the DP and the decision to expel Berisha from the Democratic parliamentary group. So, in the conditions when Berisha has announced the launch of an action against him, the leader of the Democrats, Basha, has given an order to his loyal deputies who convince the Democrats that the expulsion of the former prime minister was the right action.

Details from the meeting of the PD group are revealed