Bamir Topi shows the misery of the party by comparing the PD with the earthquake of November 26: Some used it as a hotel, today it has been turned into a motel 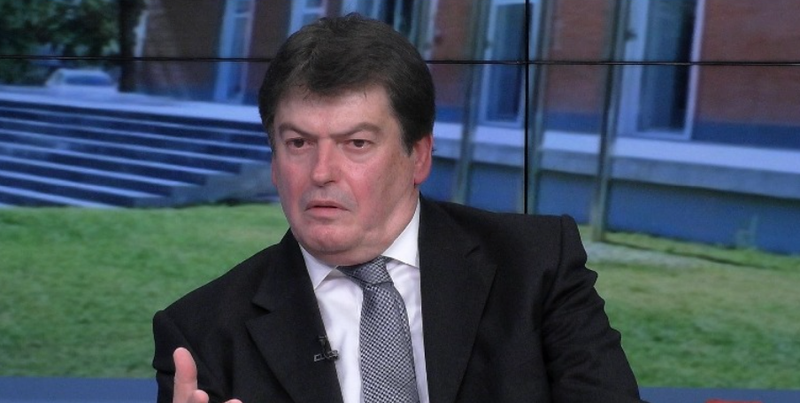 The misery of the Democratic Party, as Bamir Topi calls it, he has chosen to give through a metaphor, paralleling it with the November 26 earthquake. According to him, PD is a damaged building at DS5 level, so it has not been demolished, but has been declared uninhabitable.

"I will use a fable, a metaphor that is very important. PD was built in 1990, in those conditions of 1990 that you know how buildings were made in the metaphorical sense, buildings without many technical conditions, someone a brick, an iron rod and that building with the contribution of many aspirated, persecuted people politicians who had seen it as a ray of hope came and contributed there, this building underwent a strange treatment, the contributors left and others came, some used it as a hotel, despite the fact that today, it has been transformed into a motel in the sense metaphorical word, they used it for strange careers, for trampolines to make careers, as trenches to attack opponents and over the years earthquakes have fallen, there have been some light earthquakes the building has withstood, but from 1990-2021 it is almost 30 years and comes a very strong earthquake, like that of November, this building has not completely collapsed, but experts have classified it as DS5, which is destined to flatten, no longer exists, consciously of all the people who have mocked the interests of the right, of the politically persecuted, and the irony and paradox is that Edi Rama is giving payments to the persecuted and he is doing what they did not do for you, I am doing I. Basha and Berisha are 2 people who not only want to stay with everyone, as there are residents who do not want to leave the house, there are others who want it to be leveled, thank goodness we have ownership of the land we have a beautiful ownership and we will build a new building, not of two individuals, this is the misery of the PD, that the whole battle for democracy and aspirations that this people has had writes in ashes, a total lack of responsibility and morality. "The new building will flatten these ruins and will return to real values ??and above all the need to have opposition", said Topi.