Artan Hoxha tells who gave the order for the January 21 murders: Ndrea Prendi was not stoned by protesters, but punched at the Prime Minister 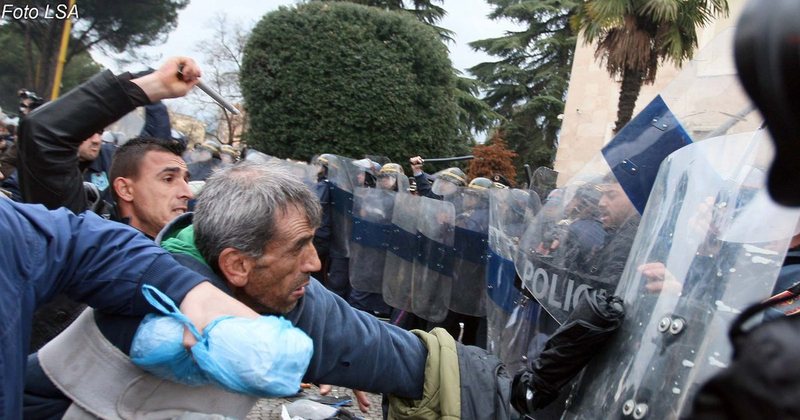 Artan Hoxha in the show "Shqip" by Rudina Xhunga showed how the events unfolded on January 21 from his point of view. Hoxha says that according to all possibilities, Ndrea Prendi, the head of the Guard, was not stoned by the protesters, but was punched. when he was called inside the Prime Minister.

"Do you remember the appearance of Ndrea Prendi after January 21 with the hematoma in his eye? Berisha said that they hit him with stones. I have filmed him in the moment before the murders that he is wearing a helmet, in a space suit that is not damaged by stones and has a pistol in his hand, the one that took Faik Myrtaj's life and this is proven. Ndrea Prendi changed her clothes when she left there. If you see that hematoma and compare it with the photo of Berisha who was shot with a punch, both were caused on the left arm. They have a similarity, an identical match. Of course, Ndrea Prendi was not stoned. We cannot expertize the punch that blackened Ndrea Prendi's eye. Basha was there. The hematoma occurred before the murders took place, which he himself did not show. Therefore, this is an investigation that should be done by SPAK and only SPAK. Only he has the legal protection to call all the political coders. The killings were done on orders. The order was given by Andrea Prendi".