January 21/ Clash between guests in the studio, lawyer Beqiri reveals the behind-the-scenes: Here is Berisha's order for Basha 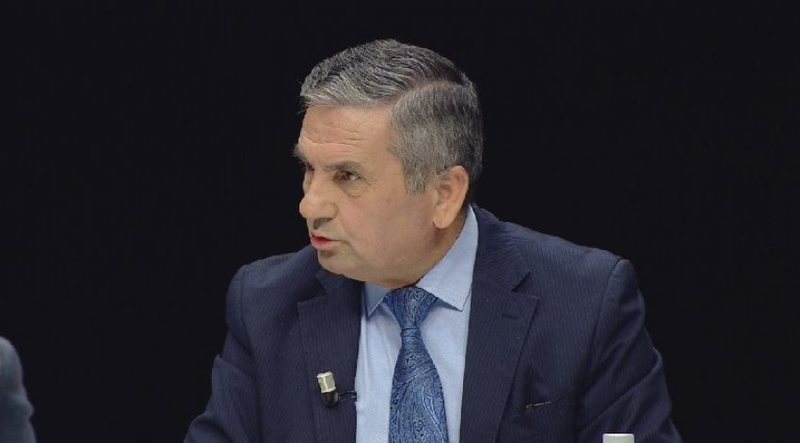 Although 12 years have passed since January 21, there is still an event that ignites debate, especially after the sensational news of some alleged audio interceptions.

Such was the background of today's discussion in Repolitix, which even though many years have passed, there is still a difference in their opinions.

Former deputy of the DP, Azgan Haklaj, is suspicious of the new evidence and the lawsuits of the socialists against the government of 12 years ago. According to him, these are the next "checkers" of the socialists. According to him, responsible for January 21 are the triangle of Bermuda, i.e. Meta, Rama and Berisha, as Basha used to describe them.

"First of all, January 21 is a tragic act, the act of the Bermuda Triangle (Meta, Berisha and Basha). Should the case be opened, yes. It is evidence for proof. SPAK should investigate. The socialists are playing the game. Under no circumstances did Basha have the right to issue an order," said former MP Haklaj.

But according to the lawyer Idajet Beqir, Berisha is guilty, as long as he had the versions ready, according to him, all of them should be investigated.

"If you give variants, you are the fly in the ointment. If Berisha had no connection, there would be no reason to give other versions

Berisha sent to the president of the country, Basha, to tell Ina Rama to remove these arrest warrants. Basha went to Bamir Topi and Basha and the former president will be questioned. A prime minister who says to remove the arrest warrant for the guards, cannot be without a finger. Berisha knew full well that the servers were crashed and wiped. All these will be investigated," said Beqiri.
In the studio there was also a debate between two lawyers, Përparim Çaça and Idajet Beqiri, regarding the truth of the protest and the violence against the protesters. According to Përparim Çaça, everything was staged by the socialists.

Progress Çaça: For 11 years, we have seen only carnations and crocodile tears from mazhroanca, now we have a lawsuit. It was not a peaceful protest, everything was prepared

Beqiri: Please, we were poisoned by gas.

Çaça: Then they threw red paint on them to make it look like they were injured. You had a needle in your hand.

Beqiri: You are wrong, it was a peaceful protest. We had nothing in hand.

Çaça: Take it as you like. Even those who provoked that kind of protest.

Beqiri: Leave politics and speak as a lawyer, with two standards.

Çaçi: It was a manipulated protest.

According to Arben Meçaj, Basha has no hand in the tragedy of January 21 and this is all Berisha's script.

"The reason for the defense of Sali Berisha is that the law has been implemented. He therefore protects Basha. Basha is not involved in this work. The whole scenario is Berisha's," said Meçaj.

How much money did the government give for the electronic implementation? The head of the CEC reveals the truth

Gazment Bardhi vows, 'explodes' badly at Berisha: If he continues as DP chairman in 2025, he will end his political career as an MP

"Elections of May 14"/ Celibashi reveals how the ballot will be

"Political parties have an interest that Albanians..."/ Celibashi reveals how he would inform voters if he were in politics

"It's time to sacrifice", Berisha "unfolds" the orders for February 11: Here's what needs to be done starting tomorrow

"I have zero communication with Berisha", Bardhi talks about the division of the DP: The solution must be made before the elections