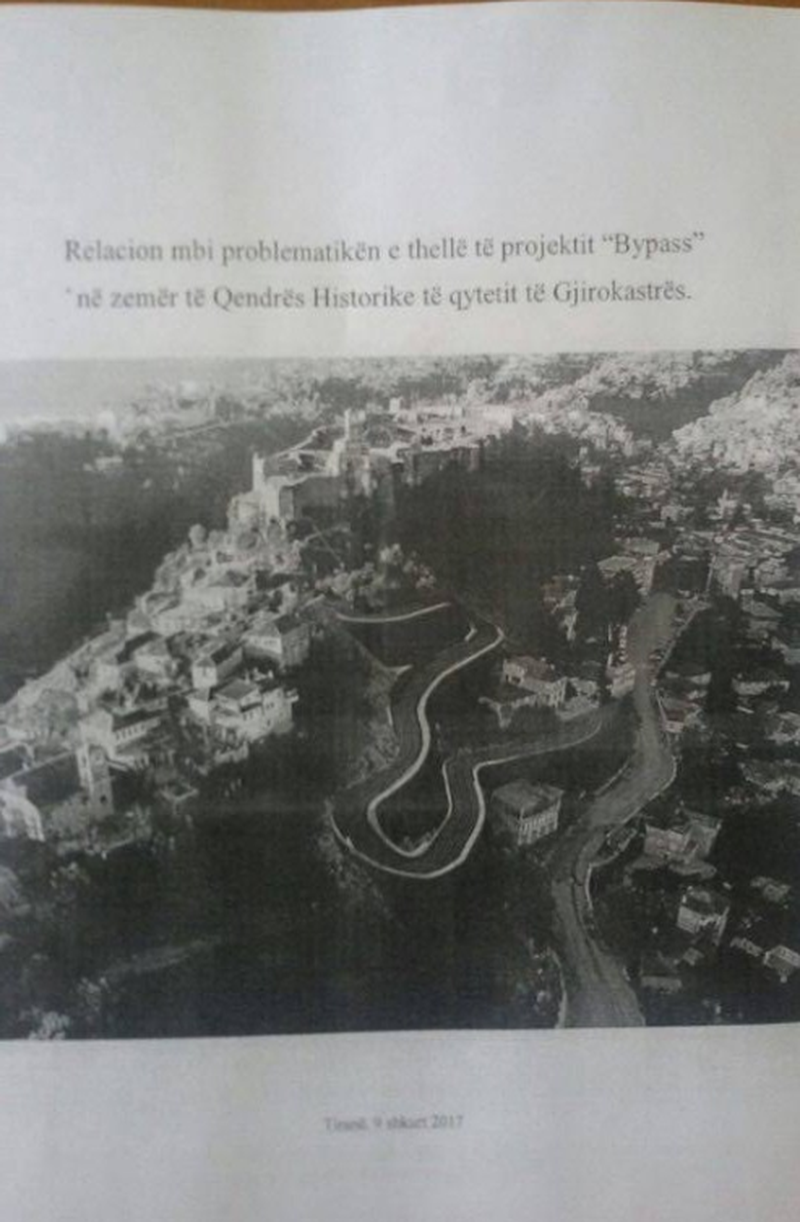 The UNESCO World Heritage Committee will adopt a resolution recommending that works on the Gjirokastra Bypass be banned. The committee also suggests that Albania invite a monitoring mission to see if the construction has caused damage or may cause damage. These are the decisions published in the draft resolution published before the 44th Session of the World Heritage Committee meeting, which takes place between July 16 and 31 in China. It states that the Albanian government had originally submitted the project for consideration in 2016. UNESCO recommended that it be reviewed. In 2019, the government notified them that the project had been suspended, where in January 2021, the government filed a request to review a redeveloped proposal for the Bypass project. UNESCO requested additional information, but the Albanian government did not respond. The resolution notes that information sent by a third party "outlines a very disturbing project situation", as it appears to be already under construction. They noted that according to the evidence, the project will have a "potential negative impact on the values ??of the area". UNESCO recommends Albania "to stop this project until a mission assesses its impact on the universal values ??of the area and makes appropriate recommendations". Furthermore, UNESCO requested information on ongoing and future development plans, as well as conflicting reports from the government and other parties on the state of conservation of the area. As a result, they demand that Albania host an official monitoring mission in Gjirokastra to evaluate not only the Bypass, but also other projects. The World Heritage Committee is expected to vote on the resolution in the coming days. The project for the Gjirokastra Bypass was made public in 2016, the aim of which was to divert vehicle traffic from the museum area and mainly from the center of Qafë e Pazarit, as the main tourist destination of tourists arriving in the stone city.

Conflict for the National Circus, artists do not find solutions from the Ministry of Culture

On July 30 and 31, at the Summer Theater of the University of Arts, the excellent comedy "Educating Rite" of the Çajupi Walking Theater

The young artists of the Folk Ensemble, with a premiere concert

Conflict over the National Circus, Julian Kazazi: If the Ministry of Culture does not intervene, it has "sold" the circus

Frano Kulli: RTSH a "technological waste" of the past, Thoma Gëllçi was brought from the USA and became director without any contribution

Singer Dua Lipa visits Tirana: I am proud to be Albanian

Emin Riza: Ministry of Culture to perform the task for Gjirokastra, not to allow constructions that could damage historical values

"I VEGGENTI", the exhibition of contemporary art with Italian artists in Tirana

Gavrosh Haxhihyseni: Programs on ART in the former routine, every manager starts with great ideas, but also ends in banalities