Publishers: Books are being pirated and photocopies are wreaking havoc, we are unprotected by the state 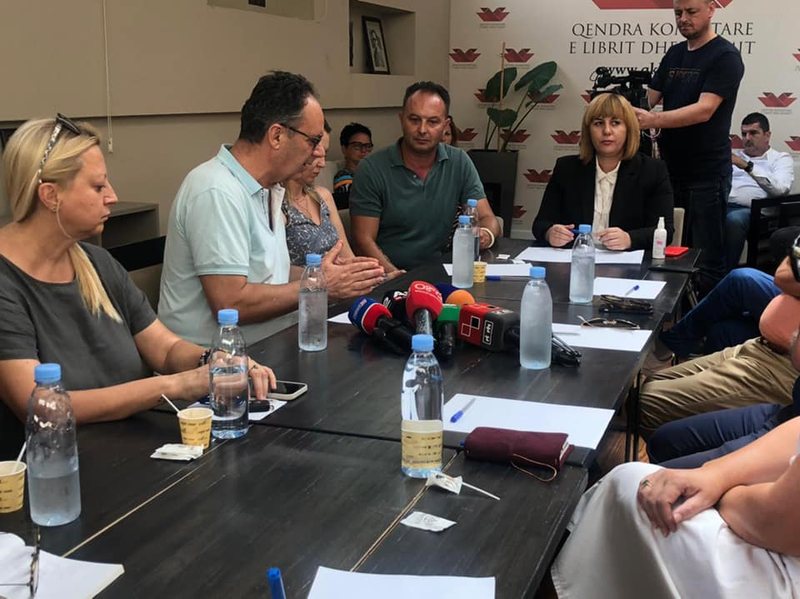 Book piracy, indiscriminate photocopying and law enforcement were at the center of the meeting, which brought together publishers and heads of institutions. The National Book and Reading Center together with the Albanian Publishers Association organized a roundtable discussion on "Book versus informality", attended by some of the most important Albanian publishers, the President of the Publishers Association Petrit Ymeri, the director of Intellectual Property at the Inspectorate of Market Surveillance Neritan Frashëri and the director of NLC Alda Bardhyli. In this meeting were discussed the problems that Albanian publishers face regarding the book market, which is vulnerable to piracy, as well as copyright problems that are not respected. President of the Publishers Association Petrit Ymeri, among others, expressed concern about the problem of photocopying books without criteria. "It is a photocopying industry in the faculties. And no one will know about it. We have to make a front to have more sensitivity and it is not normal, that ten years ago this was understood very well and we reached a stability for this issue and now these works have exploded ", said Ymeri. The director of NLC Alda Bardhyli, among other things, said that the center she runs is committed to work, to give more vision and dignity to the author. "This meeting today, but also previous meetings, have made us reflect on these issues, seeing the partnership between direct representatives of this issue, such as publishers, authors, Copyright Office, Market Surveillance Inspectorate,

Controls by the state

Also present at the meeting was the publisher Agron Morava, who stressed the help that institutions must provide in the face of the problem of piracy and photocopying. Morava said the state should intervene. "They take and photocopy the books, the state must check from time to time, where this happens, how it is done, where it is done, etc.," he said. For the publisher Irena Toçi, piracy of books is a problem. According to her, cooperation is needed with the municipalities. "Our best books have been pirated and continue to be sold in the region without copyright. A problem that must be seen, even cooperated with municipalities. Tirana is full of stalls from corner to corner, selling books without copyright. Traded unfairly. Photocopies in universities are another problem, as here in Kosovo and Northern Macedonia photocopies are wreaking havoc. We are unprotected by the state in this regard ", said Toçi. For other publishers, Albania enters countries where intellectual property is still endangered and for years the book market has been affected by informality.

Conflict for the National Circus, artists do not find solutions from the Ministry of Culture

On July 30 and 31, at the Summer Theater of the University of Arts, the excellent comedy "Educating Rite" of the Çajupi Walking Theater

The young artists of the Folk Ensemble, with a premiere concert

Conflict over the National Circus, Julian Kazazi: If the Ministry of Culture does not intervene, it has "sold" the circus

Frano Kulli: RTSH a "technological waste" of the past, Thoma Gëllçi was brought from the USA and became director without any contribution

Singer Dua Lipa visits Tirana: I am proud to be Albanian

Emin Riza: Ministry of Culture to perform the task for Gjirokastra, not to allow constructions that could damage historical values

"I VEGGENTI", the exhibition of contemporary art with Italian artists in Tirana

Gavrosh Haxhihyseni: Programs on ART in the former routine, every manager starts with great ideas, but also ends in banalities