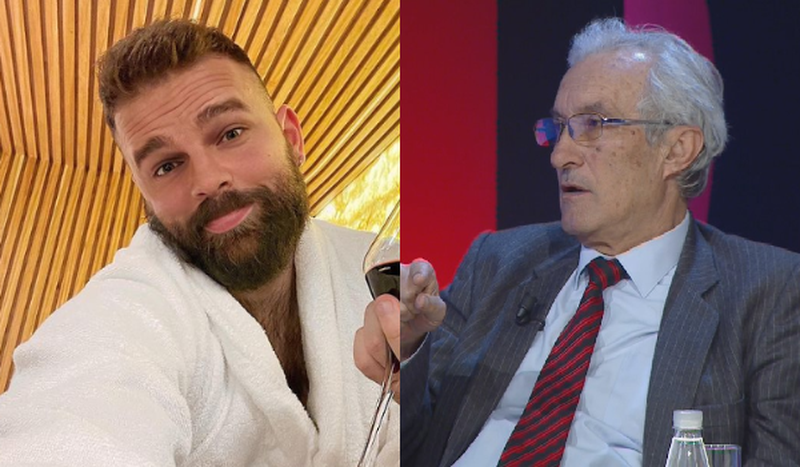 After the harsh reaction he had to the statements of Agim Doçi a few days ago, Alban Ramosaj has recently publicly mocked the poet and lyricist through several posts on Instagram.

The singer published on Instastory an excerpt of the interview where Doçi said that Alban Ramosaj should compete for Kosovo in Eurovision.

Ramosaj has accompanied the video with the filter which has become a trend on social networks, with the face of a person crying, while in the background the laughter of the singer can be heard.

We recall that Doçi stated that Ronela's song in "Eurovision" was the most dignified and that the claims that she won were numerous. He said the singer had a well-deserved victory. Doçi also added that Albani should represent the Republic of Kosovo. "When someone told me why you did not give it to Ramosaj. Let Ramosaj as a Kosovo Albanian compete in Eurovision for the Republic of Kosovo. Europe mocks both Kosovo and us, because I can not bring a song that was a parody of the Tirana variety show as a team of 5 Norwegian people, give the wolf a banana. "These people from Kosovo have benefited from a commission of Halle people who accept your songs," he said.

In his reaction, Albani described Doçi's statement as racist towards Kosovo Albanians and in the spirit of communism. He mentioned the representation of Rona Nishliu in Eurovision which was ranked 5th achieving the highest historical result of Albania. "I wish you to be alive for the coming year and to see how an" Albanian from Kosovo "will represent us!" - Albani closed the article.