"Brandy courses on TV" / Alban Ramosaj "explodes" after the statements of Agim Doçi: I hope to be alive until next year 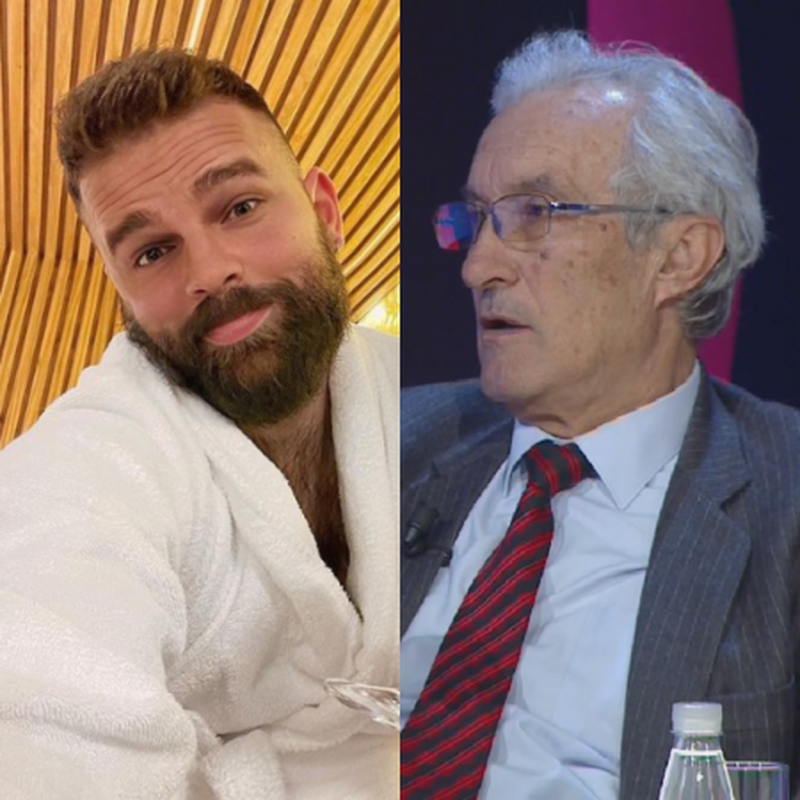 Alban Ramosaj reacted harshly after Agim Doçi's statement. The poet and author of many songs said in an interview that Ronela's song in "Eurovision" was the most dignified and that the claims that she won were numerous. He said the singer had a well-deserved victory.

Europe mocks both Kosovo and us, because I can not bring a song that was a parody of the Tirana variety show as a team of 5 Norwegian people, give the wolf a banana. "These people from Kosovo have benefited from a commission of Halle people who accept your songs," he said.

As he published his video on Instagram, Albani describes his statement as racist towards Kosovo Albanians and in the spirit of communism. He mentions the representation of Rona Nishliu in Eurovision which was ranked 5th achieving the highest historical result of Albania.

"I wish you to be alive for the coming year and to see how an" Albanian from Kosovo "will represent us!" - Albani closes the article.

"Dear Mr. Doci.
(Also a member of the jury of the end-of-year festival where I competed with " Theje") in this interview.
Europe does not make fun of Kosovo or Albania, but of the elections we make and how we allow them to see us over the years. (Since the talk, we have a long list of individuals who make us proud around the world such as: Dua Lipa, Rita Ora, Ava Max, Bebe Rexha, Ermal Meta, Inva Mula, and many others)

And since you are happy to share us, let us go deeper into the nature of your point of view.
Was it the same "Kosovo Albanian" that raised us to the highest historical result in Eurosong, or did you forget? Do you remember the name Rona Nishliu?
As for what I am, I am an Albanian! that I even enjoy the name Alban from a father (light paste) very patriotic and with deep knowledge of our history and blood.
I speak 4 foreign languages, I have Albanian and Kosovar passports, I was born in Holland, raised in Albania, originally from Kosovo and residing in Spain, and I am much more Albanian than you and much more European than you.
You are no one to divide us and limit us to represent Mamane-Albania in Europe or anywhere!
I suggest you save rakia on TV and represent your age and tell us two or three wise things next time. I wish you to be alive for next year and see how an "Albanian from Kosovo" will represent us! "