"The jury of DWST makes me nervous!"/ Dalina Buzi "doesn't leave shortcomings" to Arbana Osman, this is how she responds to her colleague (PHOTO)

Arbana Osmani's silence at the launch of DëST, which television considers as one of the biggest programs, was much commented on. But it took a question on Instagram for Arbana to give her opinion on the spectacle.

In her answer, Arbana said, among other things, that the jury is what annoys her in that program. Dalina Buzi and Ardit Çuni commented on her statement yesterday evening in "Goca dhe Gra".

Dalina said that Arbana had this post in the right context, while Arditi said that she agrees with Arbana's post and that the jury should start differentiating couples that work and are better than others.

Dalina Buzi: Arbana didn't mean it badly. He said that because I don't know dance and everyone seems extraordinary to me, I get angry with the jury. But now someone has to win.

Ardit Çuni: I can't call it injustice, it's how the performance comes at that moment, including personal taste, I don't take this part personally. What I think and I say this without gloves, I think that the jury should start to separate the levels as well, it cannot put everyone in one bag. To be honest, I had expectations, I have worked for years with performance, I am not a professional but I have worked. I did not expect that I would successfully cope with several genres. I'm a nature that goes a lot with what I feel and what I don't like I generally don't do, but I'm working a lot together with Jora. 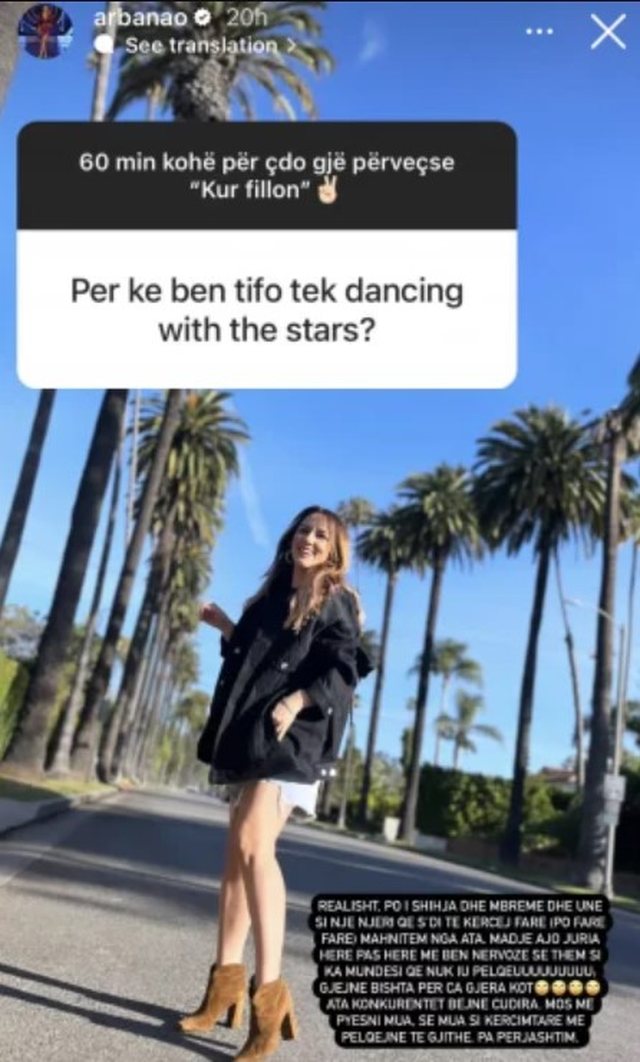