Will be a moderator on Top Channel / Antonela who made a lot of noise reveals that she competed in the Italian version of "Per'puthen", but left for this reason 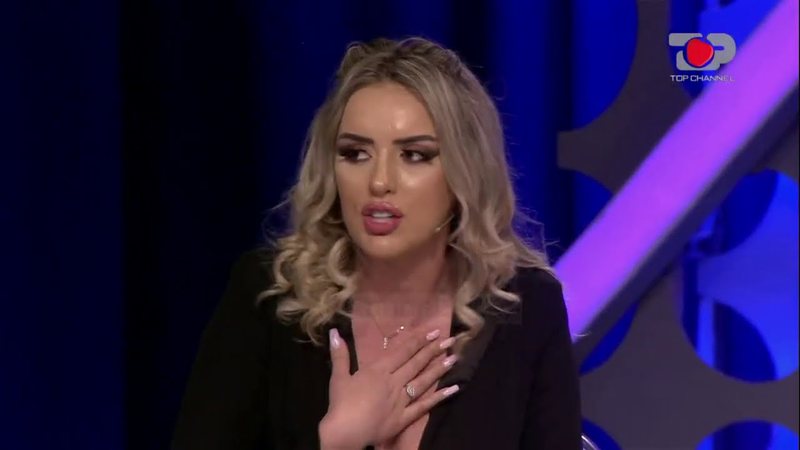 Antonela Berishaj was on Tuesday invited to the show "Ndryshe" on Top Albania Radio.

The former contestant of "Për'puthen" talked more about her TV journey on the show, and not only. She showed that she also competed in "Uomini e donne", which is the Italian version of Top Channel's love program, but for a strong reason she gave up. Antonela confessed that the way she would participate in it, was not what she wanted, as it would be on the side of the girls fighting for the boys.

"I had competed there as well, because I had three single years. "But I wanted them to harass me, not me to harass the boys," she said. Antonela also showed that she is really grateful to "Për'puthen", because even though she did not find love, she has opened many doors for her. She confirmed that she will be part of "Top Arena", while she likes shows, and to do shows in general.

You will not believe it / The famous Albanian actor tells about what he finished his studies and the profession he has practiced for 2 years: I regret that I left him!

"You give things with drops" / Çimi and Stela of 'Match +40' make the unexpected decision for their relationship: We are no longer 20 years old! (VIDEO)

Top Channel heiress, Lori Hoxha bursts into tears, who is the boy who made her cry (Published VIDEO)

"Çohu Enver" / Stream of strong reactions after the statement made by the famous Albanian model, Adrola Dushi reacts again

The well-known moderator of 'Top Channel' has a sudden incident on the show, Manushi intervenes quickly: The evil eye! (VIDEO)

Cristiano Ronaldo is one of the most successful footballers. He is also one of t...

Arta Elezaj has just returned from a vacation in Dubai and to relax from those...

"I can no longer sleep alone", the well-known Albanian moderator recounts the nightmare she has experienced and that worries her every day

The well-known Albanian moderator, Kiara Tito, invited to the show "The future...

Iva Aliko sets the network on fire, reveals her special passion and preferences for men: I had them ... (PHOTO)

In our country we have been working for years for the massification of the spo...

Giant achievement for her career! "I can finally share it with you" / Luana Vjollca realized her biggest dream: I did it for both moms

Moderator Luana Vjollca has shared with her fans the dream she has realized, aft...

What happened between them? / 'You are not more beautiful than me', Antonela turns to the famous model: Sit there because…

Model Klarisa Cena was last night on the show "Top Arena", where the former comp...