Strong debate with accusations and insults, what happened next between the two contestants in "Perputhen" 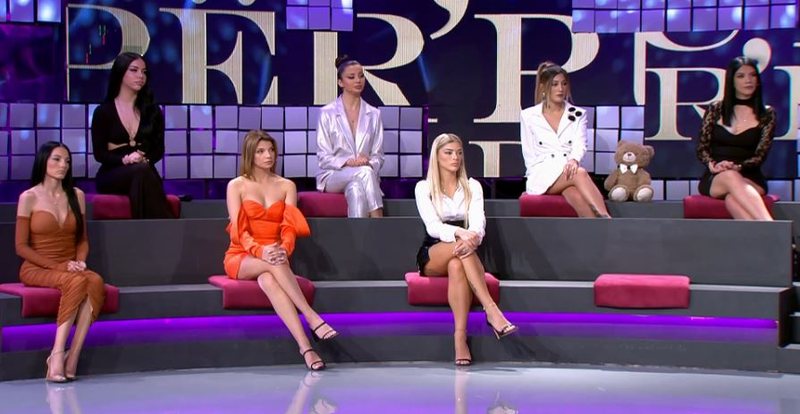 After the debate the day before, when Eda accused Jeni of knowing 'a lot of bad things' about her, the latter did not appear today in the episode of "Për'puthen".

Harsh insults and accusations were exchanged between the girls, which forced the moderator Oriela Nebiaj to close the show. Today, she says Jenny was present, but a minute before filming started she got a phone call and left. Her behavior is unacceptable, emphasizes Ori and columnist Arjan Konomi.

Then, a few moments were shown after the program ended, when Jenny said that "Eda was my sister's friend. I don't have a grudge against her, I don't know what she has with me."

Meanwhile, Eda, present in the studio, seems unrepentant and continues to emphasize the accusations against Jenny.

We are only in the second week of the fourth season of "Per'puthen" and the public has not seen such fierce debates.