Dinner with his wife or the Liverpool game? Mc Kresha gives the epic answer 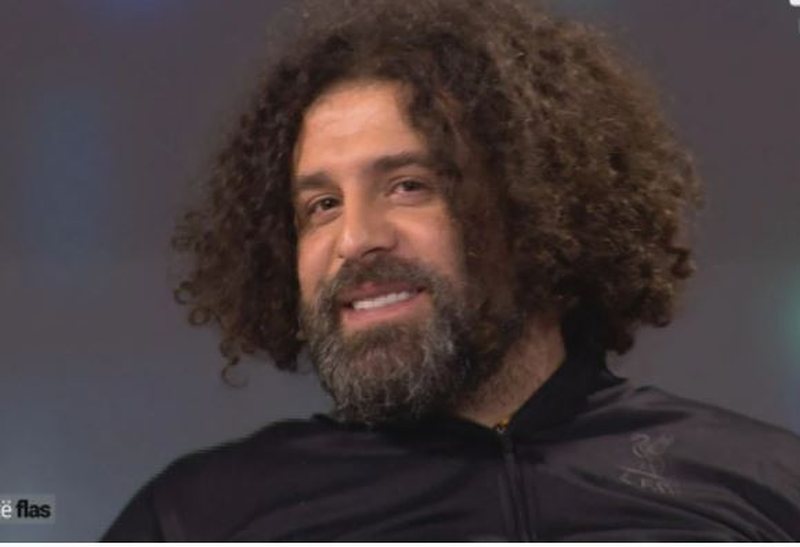 The two famous rappers MC Kresha and Lyrical Son, have been invited tonight in the show "Let me talk", where they have revealed details from their lives, as rarely happens.

Asked by Romeo Veshaj what he would choose if one day it would be at the same time the match of the favorite team Liverpool and the wedding anniversary, MC Kresha had a very hard time deciding and answered that his wife would not do anything to him such as she knows that Kresha can not miss the match of the heart team.

Romeo: You are both parents, has this affected your career?

MC Kresha: Yes and no. When we make songs with video clips we try to find songs that have no swearing, while the songs of the album are some without video clips as they have dirty words. Parents sometimes criticize us when we say a bad word.

Lyrical Son: When we were younger it was a little different. We grew up with pre-war and post-war hip-hop, we can not create something new in a country that has established culture, we can only show ourselves. I can not speak dirty words for the girl to hear later.

Romeo: Did you miss being single?

MC Kresha: Not at all, I am a man who sleeps very early and wakes up early. I thank God for opening a new day for me and spending time with my children.

Romeo: If there was a Liverpool match and you have the anniversary with your wife on the same day, what would you choose?

MC Kresha: My wife does not choose the moment to come out when it's the game because she knows.

Romeo: For what would you give up music

Lyrical Son: Health or family, nothing else.

Kresha: The difference between me and the celebration is that it has an extraordinary voice.