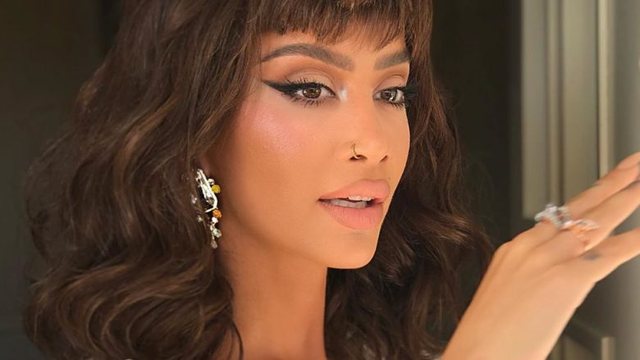 A few days ago, a video of an 8-year-old girl, whose dream is to become a ballerina, was circulated on social networks, but who was bullied for her weight.

The little girl is participating in the show "T'ka mami yll", where the jury composed of Albi Nako and Erjona Rusi bullied her, which was later criticized by the public.

The well-known Albanian singer, Dafina Zeqiri, also reacted harshly to this issue, publishing a public critique of Albin and Erjona on InstaStory.

She told Nakos that she needed help after this situation.

Because I can not tag… first the televisions that give occasion to "persons" like you? Then a seat on the jury and bullying the kids? Women and others, it's awful! You need help! Nobody else ", Dafina wrote while initially publishing Albi Nakos's Instagram profile.

The singer then shared the profile of the journalist Rusi, who in her biography on Instagram wrote the hashtags: feminist, traveler, book lover and animal lover.

“All these hashtags? "And here a child, Erjona Rusi, is bullying him, are you serious?" She wrote.

In this regard, Erjola said that they did not want to hurt the 8-year-old, claiming that it was a wrong joke.

She further writes that she does not apologize to anyone except the little girl's parents.

"Liana is the chocolate, the caramel, or even the fight that I have loved since I saw it. Wrong joke what you saw on the show? Of course yes. But by no means bullying. "I would never dare to denigrate a child for any reason, not because of my weight, and I did not do that."

"The latter only want their child to give up these foods, so they brought him to the Academy to become more conscious and trained," the moderator wrote in her long reaction on Instagram. 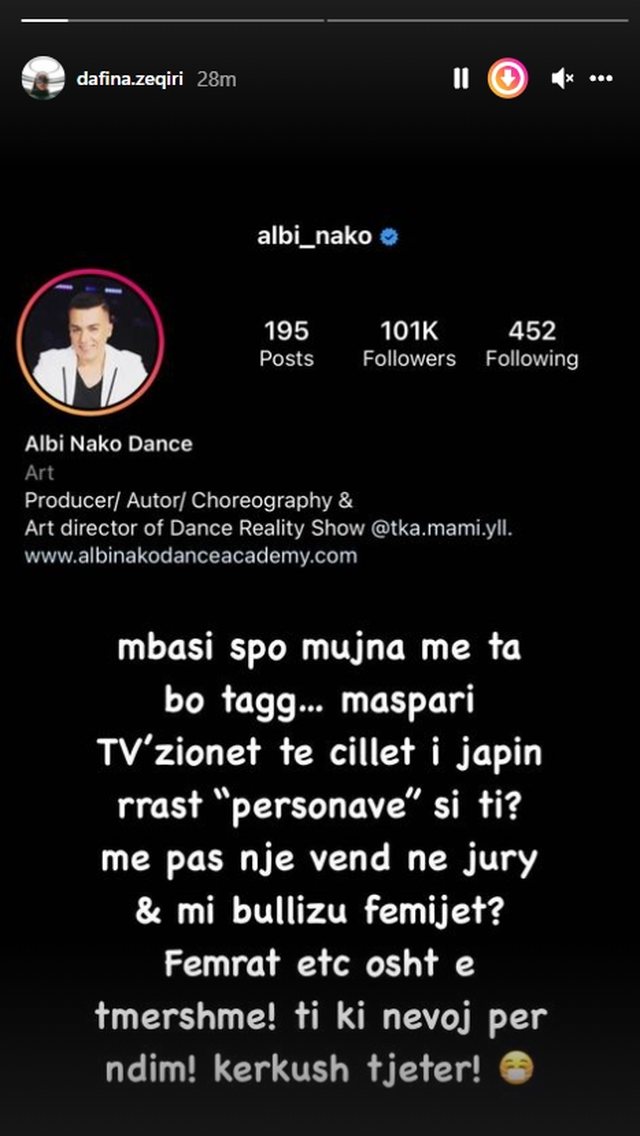 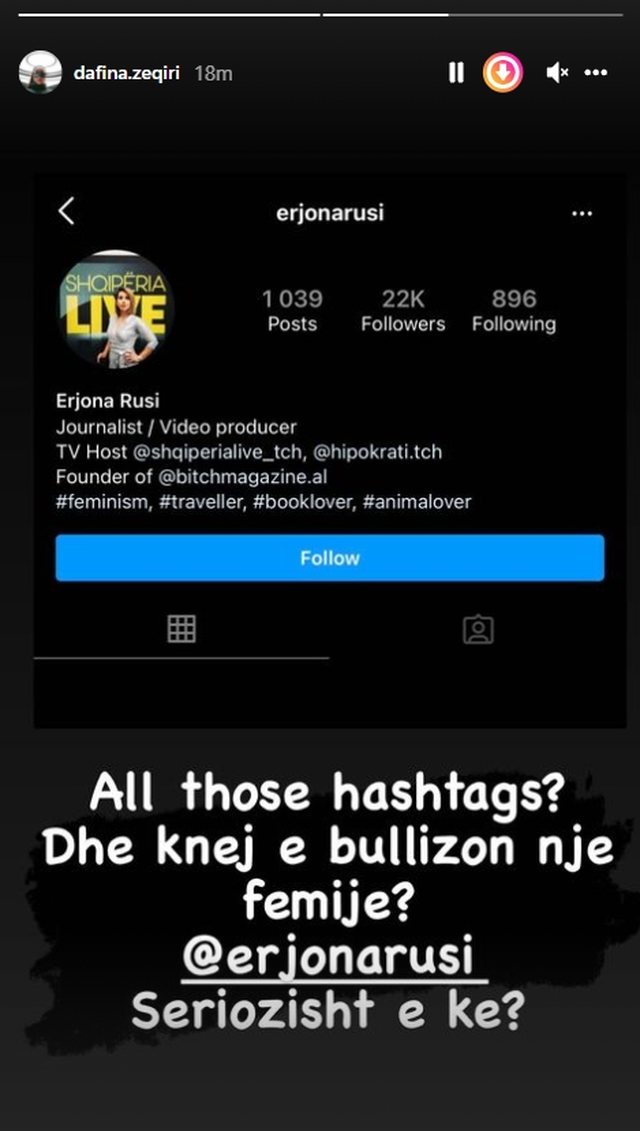