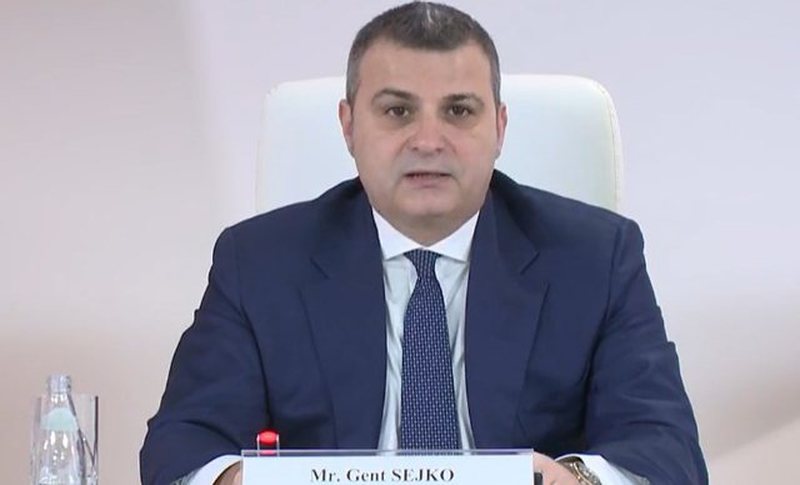 The Governor of the Bank of Albania, Gent Sejko, came out yesterday against the Prime Minister Edi Rama, while declaring that the fiscal amnesty has its benefits, but according to him, it should be done carefully in order to avoid revenues from crime and corruption. While reporting to the Parliamentary Committee on Economy and Finance, Sejko said that strengthening measures are needed from the Ministry of Finance and Economy so that after this amnesty the level of tax evasion is as low as possible. Also, according to Sejko, it would affect the increase of revenues in the budget, as amnesties are accompanied by a tax on the budget. According to Sejko, making an amnesty should be well thought out and functional. "Fiscal amnesty has costs and benefits. Fiscal amnesty would increase the injection of liquidity into the economy,

Meanwhile, Governor Gent Sejko listed two main risks that, according to him, should be taken into account. He stated that it should be made clear that this amnesty will be done once and for all and should be well thought out and functional. "On the other hand, there are two main risks that must be taken into account, avoiding crime and corruption from this statement. So it should be clear that the law should make sure to avoid money coming from crime and corruption whether political or any other type of corruption and the concept that there will be repetition of the process should be avoided. So it must be made clear that this amnesty will be done once and for all, it must be well thought out and functional ", declared Sejko. At the same time, stressed Sejko, should be accompanied by the strengthening of formalization measures by law enforcement institutions, the Ministry of Finance and Economy and other institutions in the country that collect revenues, so that after the amnesty, the level of tax evasion is as low as possible. Meanwhile, Prime Minister Edi Rama stated a few weeks ago that the fiscal amnesty will exclude all those who have held important state positions and those who are convicted of offenses related to drugs, crime, etc. "We are a country with immigrants who are heroes and have a lot of money that is under the mattress. We will make the fiscal amnesty because it is also the wish of an important majority. The first international community is not the one that will build Albania. Our relations with the international community are of mutual interest and partnership. Gone are the days of vassal Albania. Here we are in our country and we have the right to the sweat money, the work of all these people. 84 votes for the approval of the fiscal amnesty will be found in the parliament. With the other world we do not negotiate. In parliament we will seek votes and share a national interest. "We have taken this as a responsibility to the half a million people who expressed their opinion", underlined Sejko.