Tragic/ The camel kills the shepherd who punched it (Video) 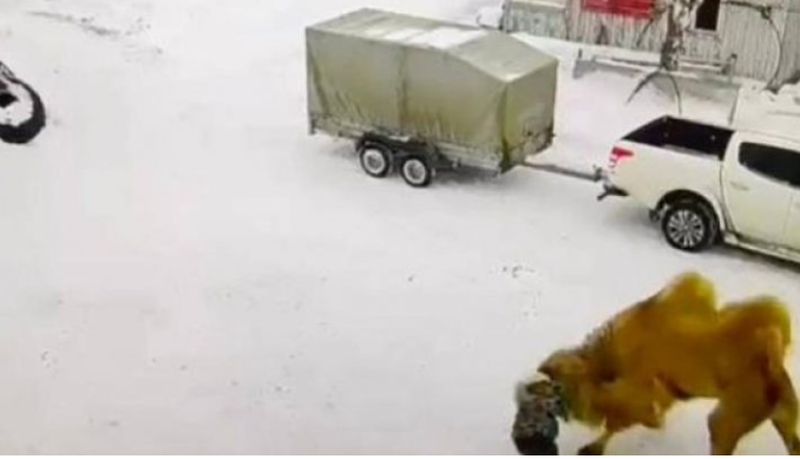 A camel attacked the Russian shepherd who was punching him and in this case caused his death. The incident took place at a children's holiday camp in Omsk, a district of the Siberian Federal District, Russia.

The caretaker provoked the camel, which until then had not caused any problems, by punching it in the face.

#Russia : Camel retaliated and killed a guard at a hunting base for getting punched. ???? pic.twitter.com/qp07wdWmpr

The animal, which did not like the behavior of the 51-year-old, first attacked and then bit the Russian, it is reported.

The caretaker was immediately taken to the hospital, but he could not be saved despite the interventions of the doctors.

Otherwise, Russia is known as a country where animal rights are violated every day and has been the target of criticism from animal rights organizations.