Phone calls with the Prime Minister and the President / White House come out with an official announcement, Joe Biden's decision is revealed 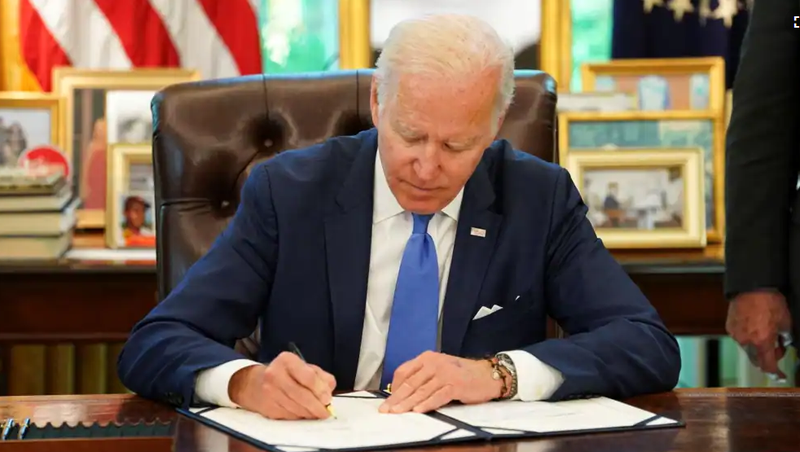 The President of the United States of America, Joe Biden, emphasized the "close security and defense cooperation" between the United States, Finland and Sweden in a joint phone call with the leaders of these countries on May 13, in which he also encouraged their membership in NATO.

A White House statement said Biden also "reiterated their joint commitment to continue coordinating in support of Ukraine and the war-torn Ukrainian people."

The White House and the Pentagon later said they were seeking clarification on possible objections from NATO ally Turkey to Finnish and Swedish membership.

The Swedish and Finnish governments this week presented plans to engage their countries to apply for NATO membership as soon as possible, as a result of the threat anticipated by Moscow.

"President Biden underlined his support for NATO's open door policy and for Finland and Sweden's right to decide for themselves on their future, foreign policy and security arrangements," the House said in a statement. White.

Many members of the alliance have already expressed support for applications from Sweden and Finland, which have traditionally remained neutral.

But Turkish President Recep Tayyip Erdogan said on May 13 that he did not have a "positive opinion" on their membership.

NATO membership requires unanimous support among the 30 member states. Hours after Erdogan's comment, the White House and the Pentagon said they were "working to clarify Turkey's position" on Sweden and Finland.

"Nothing changes about their position in the NATO alliance," said Pentagon spokesman John Kirby. "We are working to better clarify [their] position."

Finland, which shares a 1,340-kilometer border and a troubled past with Russia, said on May 12 that it should apply to join NATO's military alliance "without delay."

Meanwhile, Swedish Foreign Minister Ann Linde said that Sweden's membership in NATO would have a stabilizing effect and would benefit all Baltic Sea states.