Rare/ A meteorite is discovered in Antarctica 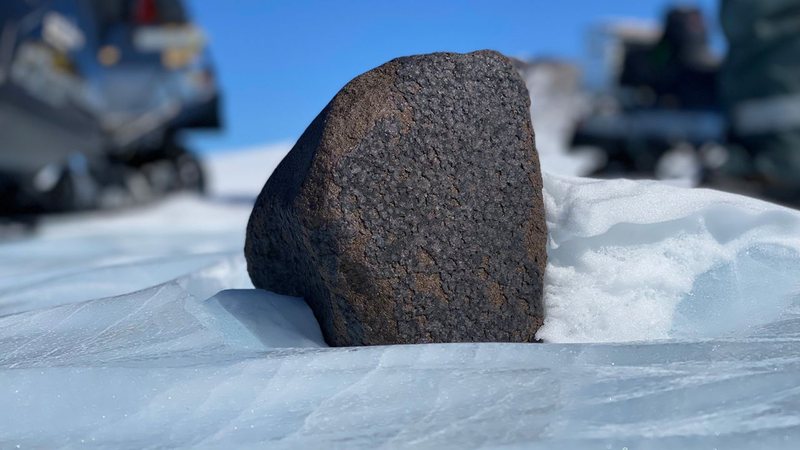 An international team of researchers have discovered five new meteorites in Antarctica, including one of the largest ever found on the continent. The rare meteorite is the size of a melon but weighs 7.7 kilograms and has been sent to the Royal Institute of Natural Sciences in Brussels.

Maria Valdes, a research scientist at the Field Museum of Natural History in Chicago and the University of Chicago, who was part of the international expedition team, has kept some of the material for her own analysis. Valdes' area of ??focus is cosmochemistry.

This "broadly means that we use meteorites to study the origin and evolution of the solar system through chemical methods ," she told CNN. It will take the samples and use strong acids to dissolve them before using the calibrated chemistry process to isolate the elements that make up the rock.

"Then I can start thinking about the origin of this rock, how it evolved over time, what kind of parent body it came from, and where in the solar system that parent body formed, " Valdes said. " These are the big questions we try to address. "

Modern warfare with "primitive" technology? Analysis: Why are the US and China still using spy balloons?

He protested against the justice system, the decision is made for the well-known director

What happened? A few weeks after the start of the monitoring of the Russian fleet, the water on board a UK ship is poisoned, sailors end up in hospital

The young Albanian is arrested in Italy after being caught with drugs, the police clarify the details

VIDEO/ Panic on board a plane, a fight breaks out between two families, one of the women remains topless