Donald Trump does not stop, he makes a strong statement about the US elections: They will be known as the "Big Lie". Here is what the Voice of America writes 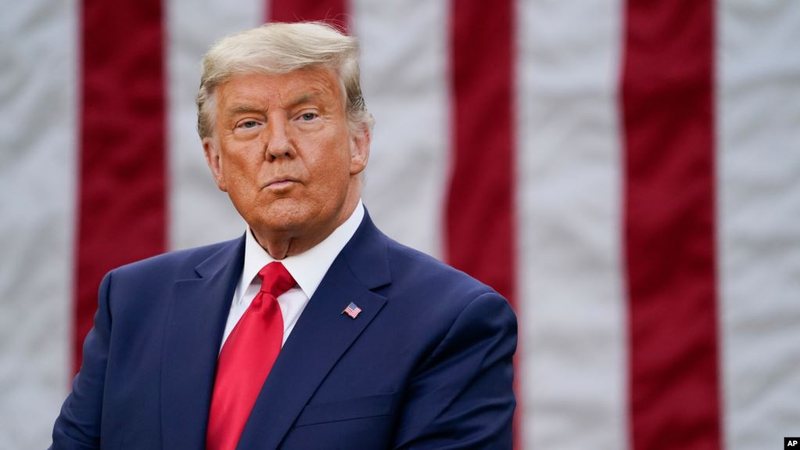 Former United States President Donald Trump lost his re-election race to Democrat Joe Biden six months ago, but he still claims he deserved to serve a second term in the White House, putting several Republican officials at odds with one another. -the other and with Trump himself on the legitimacy of President Biden's victory.

"The Fraudulent Presidential Elections of 2020 will be known from now on as the Big Lie!" Trump said in a new statement Monday.

The former president's comment uses the term "big lie" that his political opponents have used to describe his claims that he won the election. Trump clearly lost the election by a margin of 306-232 according to the Electoral College vote, which determines the outcome of the presidential race in the United States, and with more than 7 million popular (or direct) votes.

Following Trump's statement Monday, one of his most outspoken Republican critics, Wyoming lawmaker Liz Cheney, wrote on Twitter, "The 2020 presidential election was not stolen. "Anyone who claims such a thing seeks to spread the Great Lie, ignoring the rule of law and poisoning our democratic system."

Ms. Cheney was one of 10 Republicans in the House of Representatives who voted to begin the process of ousting Trump on charges of inciting a crowd of hundreds of his supporters who attacked the Capitol on Jan. 6 as Congress was certifying President Biden's victory. Five people were killed in the attack.

Shortly after Ms Cheney voted in favor of formally ousting Trump's ousting, Republicans in the state of Wyoming voted to censor her, while some vocal allies of Trump in the House of Representatives called for her to be sacked as speaker of the Republican Conference in Congress. . But other Republicans backed her, and she managed to retain the post.

In Utah, another Western state, some Republicans opposed one of that state's senators, Mitt Romney, as he spoke at a party convention. Mr. Romney was the Republican presidential candidate in 2012 and voted to convict Trump in both trials for his impeachment in the Senate. An attempt to censor Mr. Romney failed.

Other Republicans have not dismissed Trump's persistent and baseless allegations that he was stripped of his second term. Some Republicans have gone to Mar-a-Lago, his Florida residence, to greet him and talk about politics.

Trump has hinted that he may run again in 2024 but has also said he will not decide on this before the November 2022 congressional election, which will determine control of both houses of Congress. Democrats currently control both chambers by a narrow margin.VOA

Unusual event that surprised everyone / The fisherman 'puts his hands on his head', does not believe his eyes when he sees what the nets had caught

WHO concerned: This is not the time to lose vigilance, here is what has been ascertained in recent weeks

Chinese 21-ton missile goes out of control / US reacts immediately US Army: Where they are expected to end up remains large

The politician is surprised, he does the action that was not expected in the Parliament, the president warns of punishment

The situation escalates, tensions erupt between two powerful states: We are ready for war (Scary images are published)

Plas SCANDAL / Passengers are given used buffers at the airport

As Facebook's war with Trump deepens, the board decides to continue the blockade on the former US president

A few weeks after his death, the royal family doctor discovers the cause of death of Prince Philip