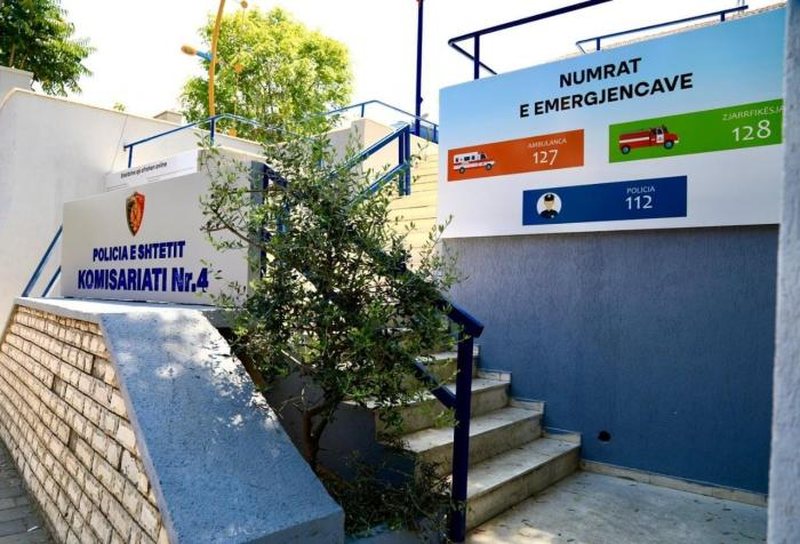 Four young men have fallen into the hands of the police of Tirana Police Station No. 4, as according to the announcement of the State Police distributed to the media, they were driving around with 2 firearms in the car, while they were carrying 2 Kalashnikovs in the apartment. Police Station No. 4 of Tirana has been headed by Chief Commissioner Luan Hysenaj for several weeks.

Tirana/Finalized by Police Station No. 4 and the "Eagle" Special Force, the coded police operation "Katrori", for cracking down on the criminal activity of carrying weapons without a permit.
They were driving a vehicle, in which they were carrying 2 firearms, pistols, 4 citizens were arrested, 3 of them with criminal records, in the field of illegal possession of weapons and crimes against the person.
The police also found 2 Kalashnikov firearms that one of the arrested persons possessed.
A total of 4 firearms (2 pistols and 2 Kalashnikovs) were seized as part of this operation.
Services of Police Station No. 4, Tirana, following the controls for the capture of citizens who circulate with firearms, supported by information intelligence, in cooperation with the Special Force "Shqiponja" of DVP Tirana, organized and finalized the coded police operation "Square".
As a result of this operation, the following citizens were caught in the act and put in handcuffs: BM, 33 years old; KK, 28 years old; KV (K.), 32 years old and RM, 22 years old.
The Police Services stopped the "Range Rover" type vehicle in which these 4 citizens were driving at the entrance to the village of Tujan, on the Arbër road. As a result of the detailed search, 2 pistol firearms, with ammunition combs, were found hidden under the hood of the vehicle.
Following the "Square" operation, control was also exercised in the residences of these citizens and as a result, in the residence of the arrested RM citizen, the Police services found and seized 2 Kalashnikov firearms and a quantity of combat ammunition.
As material evidence, 4 firearms, a significant amount of military ammunition, 5 mobile devices and the vehicle used by the 4 arrested persons were seized.
The procedural materials were passed to the Prosecutor's Office at the Tirana Judicial District Court for further action.