New study dispels any doubts, experts show which is the least effective vaccine against Covid-19 variants 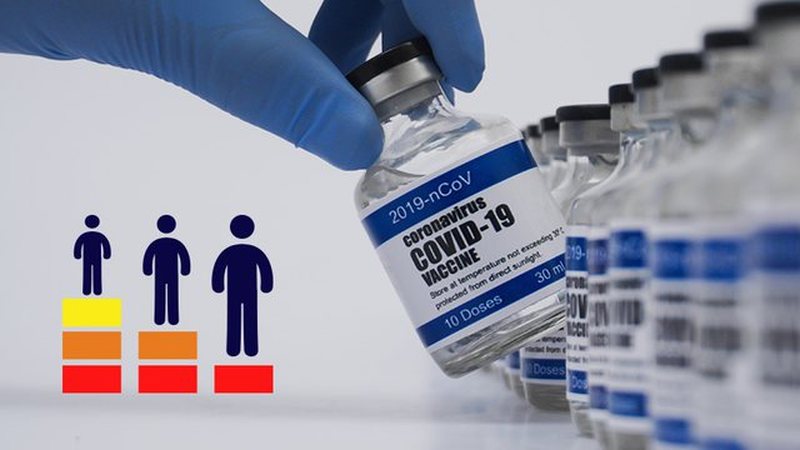 According to a new study, the Johnson & Johnson vaccine with a single dose against COVID-19 may be less effective against newer variants of the coronavirus.

Researchers at New York University's Grossman School of Medicine came to this conclusion after conducting laboratory testing of blood samples from volunteers.

Nathaniel Landau, lead researcher, said the Johnson & Johnson vaccine does not provide the same protection against COVID-19 variants as the two-dose Pfizer or Moderna vaccines that use RNA technology.

The study, posted online Tuesday, has not been analyzed by scientists, has not been published in any scientific journal and does not reflect the effects of the vaccine in reality. But the findings are similar to other studies showing that single-dose vaccines like Johnson & Johnson and AstraZeneca do not produce enough antibodies to fight the Delta and Lambda variants.

The Delta variant, which was first discovered in India, is said to spread more easily than other variants. The U.S. Centers for Disease Control and Prevention said Delta now accounts for 83% of new cases in the country.

Johnson & Johnson recently published a study showing that a single dose of its vaccine is effective against the Delta variant for up to eight months.

But researcher Landau says the results of a study by New York University support the theory that a second dose of Johnson & Johnson vaccine is needed./VOA

"Who are you, accomplice?"

The police fired the journalist because he filmed the operation, the Tirana Prosecutor's Office reacted immediately: We are investigating!

Albania is 'gripped' by the African heat, the Ministry of Defense comes out with an urgent call and warns: Stay on alert! High risk for ...

"We came out worried, the lives of citizens were being endangered" / Klodiana Lala brings the behind the scenes of the journalist's incident with the police: Here is what the senior officials told me on the phone!

"GJKKO decision for the embarrassing Mediu", the mother of the 7-year-old who lost her life from the explosion in Gerdec addresses the urgent call to Ambassador Yuri Kim: The judge is threatened!

"Delta itself has 3 variants" / Dr. Brataj gives important information that everyone should know: Here are the symptoms

“Barkas aty! Disappear, do not come close! ”/ The full video comes out, this is the moment when the policeman lays the journalist on the ground, see the reaction of Klodiana Lala: He is my colleague! (REPLY)

"It had never happened to me" / They were found in the middle of the police action in Tirana, Klodiana Lala and the well-known journalist face the unexpected: They laid me on the ground! (VIDEO)

Anti-drug action in the area of ??"Vorri i Bomit" in Tirana, a person 'escapes', did not open the car door